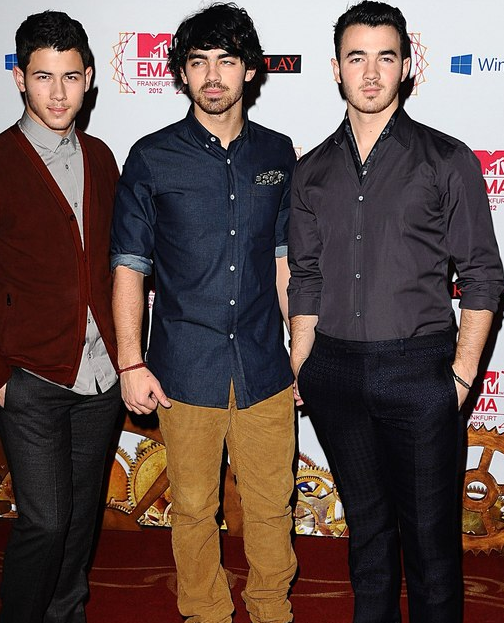 As many of you JoBro fans may know, the Jonas Brothers are getting ready to drop some new music material to their loyal fans who have been waiting for almost three years since the group’s last album Lines, Vines and Trying Times. The trio went on a break when Kevin Jonas fell in love while Kevin and Joe wanted to pursue a solo career and well.. let’s just say it wasn’t anywhere near the success that they were expecting.

Realizing that they are better in a group, the brothers are eager for 2013 to arrive as they will release their forthcoming album, which is still untitled to this point, but it already has people buzzing. Kevin, Nick and Joe who attended last night’s Europe Music Awards in Frankfurt, Germany explained the sound of their new album and which direction they plan to go in to with this new record.

“It’s definitely a growth,” Nick told Digital Spy at the MTV EMAs 2012. “We’re trying to infuse classic influences with some of the more modern influences. We want to put on a great show for our fans.” Nick also recently spoke about Wedding Bells – a song he wrote about Miley Cyrus: “So far during the creation of our new record there’s been a wide range of subjects we talk about.”

“It’s about enjoying those moments and staying in those moments, and some are momentary, in the sense you have to write a song and apologize for it later. I don’t know if I’ve ever written a song that makes me as uncomfortable as this song does.”