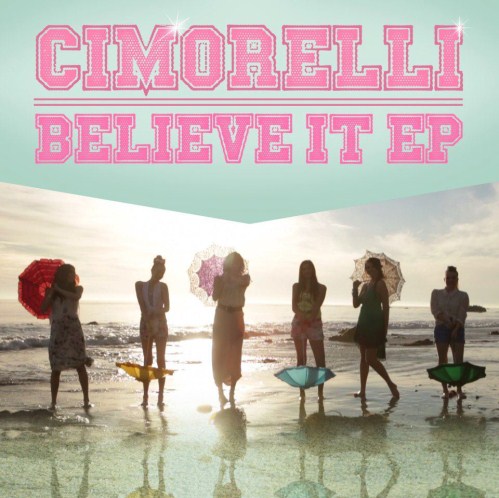 If you take a glance at Cimorelli’s statistics on YouTube, you’ll quickly notice that this girl group – consisting of Christina, Katherine, Lisa, Amy, Lauren, and Dani – is a musical force to be reckoned with. These six beautiful sisters, signed in 2010 by Universal Records, have amassed a fan base that would give Justin Bieber and Psy a run for their money. They have a staggering 1,159,100 subscribers and 372,257,102 video views on their official YouTube channel, but this group isn’t just a YouTube sensation; they’re a vocal tour de force with subtle harmonies, intelligent song choices, and incomparable music ability. 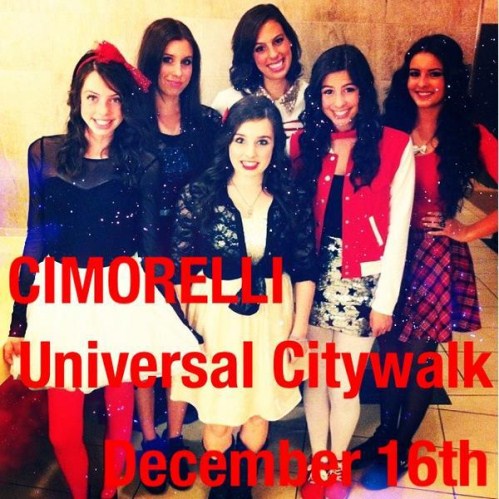 The numbers do not lie.

It is evident that Cimorelli will soon usher in an epoch of pop music that is yet to be equaled by any international act.

Celeb Teen Laundry had the opportunity to witness this historic moment and ask the sisters about their music career, their inspirations, their aspirations, and what the future holds for one of the biggest girl groups on the planet.

Tell us a bit more about each one of the group. How old are you? When did you start singing? What success have you achieved in the industry as a solo artist?

Christina is 22, I, Katherine, am 20, Lisa is 19, Amy is 17, Lauren is 14, and Dani is 12.  Our mom, who has a master’s degree in music, taught us to sing classical and barbershop when we were very young, and we also did musical theatre for several years as kids, as well as played many shows as a band in Northern CA since 2007. Some of our greatest successes so far have been signing with Island Records, being nominated for a Teen Choice award, winning Ryan Seacrest’sBieber-Off competition, and hitting 350 million views and 1 million subscribers on Youtube.

What have been the biggest challenges as a group? Something you didn’t experience as solo artists.

Well we’ve literally always been together as a group, considering we are sisters… So we aren’t quite familiar with the solo route. But it can be challenging as sisters because we live and work together, so sometimes it feels as if we never stop talking about music and the band, which can be good and bad.

Yes! Definitely. I think they have to really have a lot of things going for them- they should be able to sing and dance, have great stage presence, a deep connection with their audience, and, most importantly, a connection with each other. In a group, you are together so much that it’s absolutely crucial that you get along, settle differences in a respectful manner, and make sure everyone has a voice in discussions.

What qualities should a group such as yours possess in order to have a successful and lasting career in the music industry?

Well, our biggest trademark besides being sisters is our harmonies, so continuing to improve on our musicianship and get better vocally and musically is really important.

We would love to work with One Direction, because they’re a group just like us and it would be really fun to do something musical with 11 singers!

We would absolutely love to play in Brazil or Germany, because we have a lot of fans in both of those places!

Are there any plans for an upcoming US/Canadian tour?

YES!!! We can’t talk about it yet, but stay tuned! 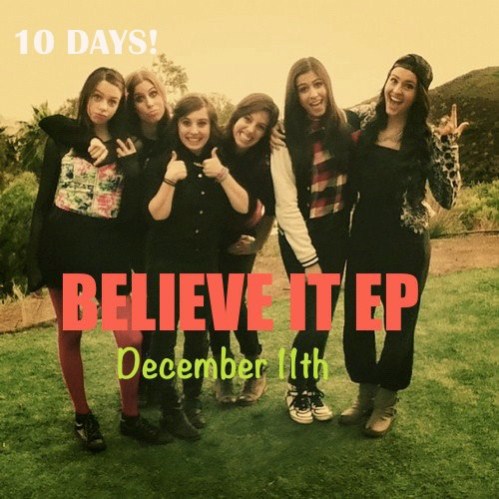 Trying to be good role models for girls is a big source of inspiration for us. We take that role very seriously, especially because we all look up to each other in some way, and it keeps us inspired and energized when things get chaotic.

Touring the world is huge for us. There are so many countries all over the world that have CimFam members (our fans), and we really want to go everywhere and meet everyone and hug them, and thank them for being so awesome!

What are the upcoming plans for Cimorelli?

Our first full-length album in 2013, and subsequent US and world tours coming up thereafter!

We would love to have a few very successful albums and world tours under our belts at that time!

Their debut EP, “Believe It”, is being released internationally today (12/11/2012), coinciding with the much anticipated official music video.

Cimorelli’s fans – CimFam as they’re collectively called – will be able to tune into a live webcam chat at 5PM PST – when the girls will do a Q and A session on their debut launch.

If you’d like to join the live webcam chat at 5PM PST, click here for more information – http://www.cimorellimusic.com/news/138

You will be able to stay up to date with Cimorelli’s music on their official website – http://www.cimorellimusic.com/ 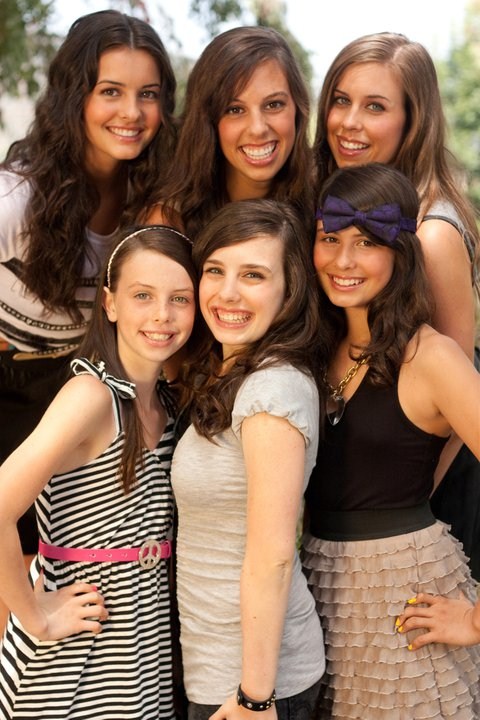