The second game in Celeb Teen Laundry’s Must Have Christmas Countdown comes from a different perspective. Literally. Soon, the world will be overrun by thousands of brand spankin’ new Wii U consoles – the next generation in 4th wall breaking, three dimensional gaming fun – and the first game released as a launch title alongside the Wii U consoles is the zombie survival shooter, ZombiU.

In this exploitation of popular culture, the player takes on the role of a pre-decided survivor. They then have to navigate the zombie infested streets of London while balancing the extremely realistic dynamic of the Wii U touchpad, the television screen, and the Wii U gamepad gyroscope. If the player is bitten by a zombie, they die permanently and have to choose another survivor to continue on in the game. The previous zombified survivor played then becomes part of the zombie horde and must be killed if the player wants to obtain the previous survivor’s inventory. If players have Miiverse activated, there’s also the chance that they might encounter other players from all over the world who also turned into zombies.

The game play is unique and ubiquitous. The player is able to use the touchpad of the new Wii U in order to navigate the game’s map, access the inventory, and to barricade nearby doors. When the player accesses the Wii U touchpad in-game, the player becomes vulnerable to attack and must watch the touchpad and the television screen in order to not be harmed. 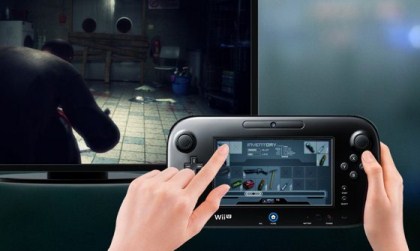 The Wii U’s new console does not have too many titles in its library yet, so players are, in effect, forced to grab a copy of ZombiU alongside their console purchase. The game is included, for free, in every new Wii U release, making it not just a launch game, but also Nintendo’s way of showing off their dynamic and unique console. ZombiU has received mixed reviews from critics – several claimed that the game is merely a novelty – and has received polarizing reviews from pre-Wii U release players. Be it as it may, there’s no denying that in order to experience the full effect of Wii U this game is an absolute must have! Much like previous Wii releases which focused solely on the novelty of the console – think Wii Sports Resort – this game is at least a playable and influential launch title.

If you’re planning to write “Wii U” on your Christmas wish list, remember to ask your folks to find out if this title is indeed included in the bouquet purchase, as many outlets are releasing Wii U as a standalone console. You don’t want to wake up on Christmas day, unwrap your beautiful new console, and not be able to play a game until the 27th of December…

Exclusive to Wii U