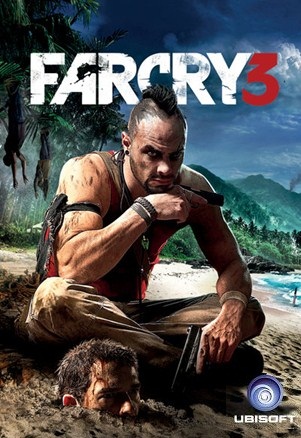 In the first of Celeb Teen Laundry’s 25 Must-Have Christmas Games Countdown, we are bringing you one of the most anticipated games in recent years. Far Cry 3, the FPS made in open-world sandbox heaven, is being released on the 4th of December, 2012, to universal critical acclaim. Unlike the second Far Cry, this latest release reverts back to the original setting of a tropical island. You play as the protagonist Jason Brody who, after his friends were kidnapped by island rebels, have to learn how to shoot, drive vehicles, and take down the rebel factions in order to save your friends. 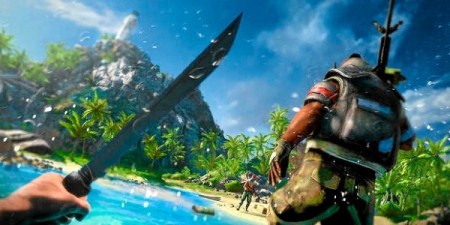 The game is once again open-ended – meaning you’re able to do what you want to, go where you want to, for as long as you want to. This time around, however, the game’s story map mode will be ten times larger than any previous installments, leaving the world open for you to explore and experience. The local flora and fauna also play a role in defeating enemies and furthering you in the game. For example, you’re able to use certain types of flowers/berries/etc to make syringes that will assist you in several different aspects of game play. You’re also able to implement the local wildlife – bears, sharks, tigers, stingrays, etc – into your stealthy takedowns of enemies i.e. shoot open a nearby cage to have a tiger attack a group of rebels, use an enemy as bait for a bear. Also, the vehicles have been revamped for the third installment. Whilst in previous versions of the game, you were able to drive around in the usual suspects – 4 X 4, broken down station wagon, boats – but in Far Cry 3, the vehicles are everything you could possibly dream of. If you don’t like driving around in a jungle truck, you could always take to the skies with a hang glider; and if that doesn’t tickle your fancy, why not jump from an airplane and skydive into an enemy encampment?

The most exciting part of Far Cry 3 will not be found in the exquisite graphics, nor the wide array of vehicles and weapons, nor the super intelligent AI, nor the extreme realism in which the game is played; instead, the emotional narrative and the fight for survival will be your most obvious reasons to take on this masterpiece. Critics have described Far Cry 3 as “the greatest FPS ever made” and as a “generation defining experience.” It is, quite possibly, one of the greatest games ever made.

If this type of FPS shooter, with a strong plot and excellent voice acting, tickles your fancy, take a look below to see if it is being released on your platform. It’s a game that must be under the Christmas tree this holiday season. Don’t wait another second to get your hands on Ubisoft’s Magnum Opus.