Gabby Douglas’ Biography Tells A Story Of Courage And Determination 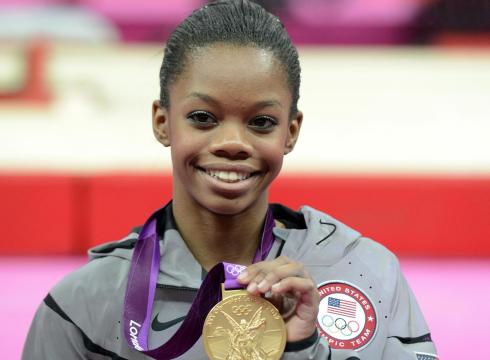 Gabby Douglas, one of the most celebrated gymnasts of 2012, recently released her biography. Titled “Grace, Gold, and Glory: My Leap Of Faith”, the book tells her life story, the obstacles she had to overcome in order to achieve her dreams, and how she became the first African-American to win the all-around gold medal at the 2012 London Olympic Games.

The biography, co-authored by Michelle Burford, the founding editor of Oprah Winfrey’s critically acclaimed, self-titled magazine, reveals the difficulties Gabby had to overcome in her fight for the gold medal. In a poignant narrative, Gabby discloses how she had to face financial obstacles, home sickness, and amazing odds to become a world famous gymnast. “I’d been dreaming of an Olympic gold medal since I was eight – but as I became more and more homesick, that dream seemed like a zillion miles away. That’s when I knew I needed to have toughest conversation of my life; I had to tell my mom that I wanted to quit,” Gabby explains. However, her mother’s determination trumped any and all of Gabby’s negative thoughts. “You’re breaking my heart Brie. You’ve been doing gymnastics for ten years, and now you want to run track? Have you lost your mind?” Her mother said to her during that difficult time. Above all else; it wasn’t her mother’s undying determination to keep her daughter on the gold track to success; it was her “willingness to sacrifice all for her daughter’s dreams” that changed the course of their lives and the face of gymnastics forever.

Thanks to Gabby and her mom’s willpower, the 16-year-old Olympic gold medalist will forever be known in the history books as one of the most important and most iconic gymnasts of our time.

What do you think of Gabby Douglas? Do you think she’s an inspiring role model? Let us know your thoughts in the comments below.