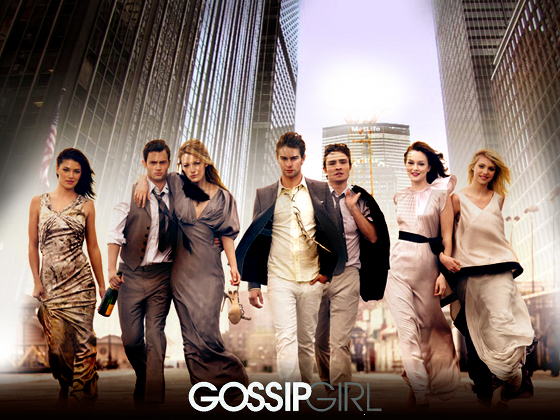 We are weeks away from the series finale of Gossip Girl, and the anxiety is setting in. In a normal show, you expect the last five episodes or so to be working towards a conclusion, but everything is still up in the air! We have no answers regarding Chuck and Blair, Dan is doing his craziness (spoiler free!), Serena is buying the craziness, I mean, what’s a fan to do? That’s why we are giddy with the news that Leighton Meester kind of sort of hinted at a Gossip Girl movie!

Back in 2009 everyone was buzzing about the Sex and the City spin off movie, which was a huge success–financially, and with die hard fans. So why not give Gossip Girl the same treatment? Leighton, who plays Blair, gushed, “[it] would be kind of hot…it would be pretty juicy as a movie!” We agree! But that was years ago, and this may Chace Crawford told E! Online, “I don’t know if I want that, or do not want that. I don’t know what the logistics would be on that. I would imagine it’s a long shot. Who knows?” But that doesn’t mean Chace, who plays the gorgeous Nate, isn’t dreaming about it! It would have to end with a bang, “like the end of Die Hard. Just walking away from an exploding helicopter.” They have helicopters! They could do that! And…let’s fill in this plot. It explodes in a Bart/Chuck fight! Yes! Gorgeous, brilliant, let’s do it!

We have our finale wish list, of course, but I’m worried it will seem rushed. We previously reported that Kristen Bell, who plays the voice of Gossip Girl, was caught filming with the cast in New York City, which means we can definitely expect an unveiling of the mysterious Gossip Girl! I know it isn’t going to happen, but I wish they could get Taylor Momsen out of her goth thing and back in as Jennie! What is your Gossip Girl finale wish list?