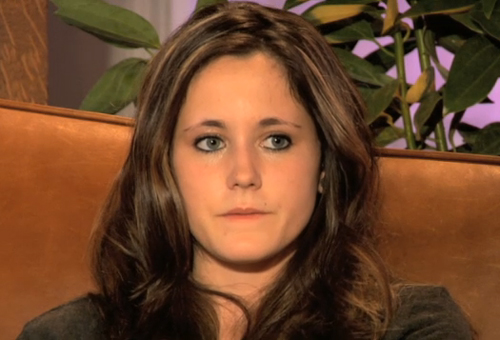 What the heck did we do before Twitter? I mean, it just makes it so much easier to watch people go from normal to unstable to then falling completely off the slippery slope of sanity. Some people are more amusing to watch than others and basically every MTV reality star would fall into that category. Who cares what you had for lunch, followers much prefer to watch your life unravel tweet by tweet and thankfully, people like Jenelle Evan‘s provide that.

Jenelle is one of the bottom of the barrel bad girls from the Teen Mom series and she just recently married her boyfriend of about fifteen minutes, Courtland Rogers. She has spent the last few days fighting with her new husband and after admitting that she was a lousy wife that snuck out on her sleeping husband at 3am, she quit tweeting.

Courtland hasn’t. Instead he is giving their followers a play by play of just how dysfunctional their relationship really is. Apparently Jenelle bounced when she realized her new hubby was daring to call his little daughter to say goodnight (how dare he try to be a father!) Courtland then made the mistake of tweeting his baby mama and insulting his new wife within those tweets. He also claimed that Jenelle threatened to tell people that he was physically abusing her! Of course now Jenelle refuses to come home or respond to his pleas.

Yes this dunce is actually begging her to come back. Here’s just one example of the rambling tweets from Courtland.

“Come home to ur husband !! Quit f*cking making this look like my fault let me love u jenelle like I always have and more,”

We all know that Jenelle is bonkers but what the heck is wrong with Courtland? Why would he want a wife that would tell people he abused her? How long will this marriage last, or do you think it’s already finished? Tell us your thoughts in the comments below!