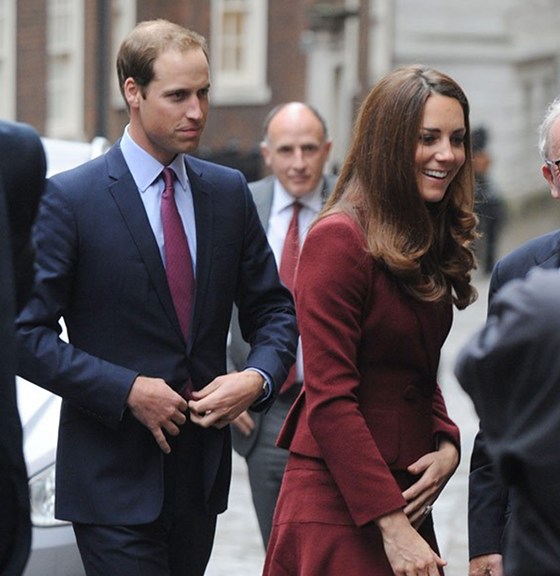 We’re still worried about Kate Middleton–though she’s been out of the hospital since last Thursday, sources report that she is still struggling with hyperemesis gravidarum, an extreme morning sickness. This weekend, Prince William described it as all day and all night sickness, so we know Kate is still not feeling her best! But while we’re all sending our good thoughts to her, best friend Jessica Hay is telling us all about the couple’s happy moment finding out Kate was pregnant.

Jessica, who attended the royal wedding, explains the couple confirmed suspicions with an at home pregnancy test and celebrated with “a home-cooked shepherd’s pie and an early night.” But their celebration turned to worry when Kate became sick without pause. “Katherine had been feeling on top of the world, putting on weight and feeling wonderful, but suddenly on Saturday morning she became very sick.”

The couple went to the hospital and forced the Palace to confirm our long time suspicions: Kate is pregnant. But the couple wasn’t disappointed to release the news early. “Neither of them likes keeping secrets this huge, because although it’s wonderful news Katherine’s already showing in her face and at the front, so they felt it was becoming like a military operation sneaking around.”

Jessica told Australian magazine New Ideas that the couple has asked doctors to not know the sex of the baby, but that they want a boy and a girl. Of course, the Queen may have other ideas about knowing! We wish Kate and Wills all the best during her pregnancy, and hope that she can stay healthy! What names do you think they’ll choose? Remember, royal babies have like, ten middle names! But first name? A tribute to Diana, to grammy Elizabeth? To wild brother Harry or James? Let us know your guesses!

Kate Middleton New Haircut Photos, Love It Or Hate It? Read Our Hair Tips To Avoid A…