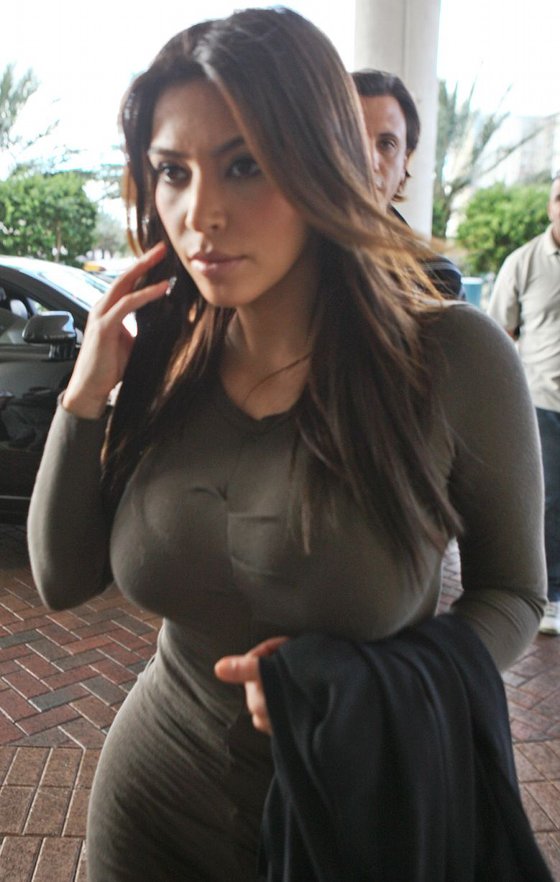 I am not a woman hater. I think that there are probably a lot of good things about Kim Kardashian that we, the public, can’t see. Maybe every morning she prays for the rainforest, or sends positive mantras to her friends. Maybe she donates money to Oxfam or does yoga ohms to send positivity into the university. But what I see from this vantage point isn’t pretty. Kim has a great body. She is pretty tone, has the socially desirable DD bra and, as my generation called it, junk in the trunk. She is curvy with flowing hair, tan skin–the cause of thousands of girls self esteem issues. But Kim did herself no favors by wearing a too-tight dress with squeezing lingerie. The icing on the cake of disaster? The dress is see through!

Yes, as if the tight bulges of boob and the skin-tight dress weren’t enough, it doesn’t even cover anything! After I saw this picture, I realized this could turn into a learning opportunity. Today’s lesson? Leave something to the imagination! Less is more! First, if your a teen, you need to put it away until you hit 18. Seriously. Your job right now is to be a good student, make friends, and try new things. Don’t try to read between those lines and come out with act like the fifth Sex and the City girl. Even if you are in your twenties, keep it classy! Don’t sell yourself short.

So what should Kim have done differently? First, swap the dress fabric for something that isn’t translucent. We’ve seen all her bits and pieces during her beach photo shoots. We don’t need to see it every day! Next: Buy a better bra. Her’s is too tight in the band and cup. It’s creating a muffin-top like back bulge that we know isn’t really there. Basically, her too small lingerie is adding 15 pounds! The tiny dress accentuates all the squeeze action her under garmets have going on! Kim can–and has–dressed way better than this! We expect more! What do you think of Kim’s outfit?