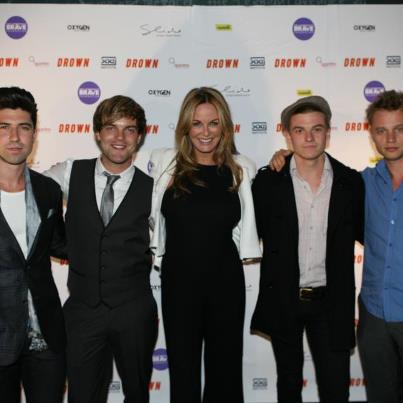 Drown is an independent Australian film based on the harrowing and critically acclaimed play by Stephen Davis.  The film, slated for a mid-2013 release, has been touted as a “hard-hitting micro-budget drama set against the iconic backdrop of Bondi Beach.” The touching themes of jealousy, homophobia, and unrequited love act as the basis of the carefully constructed plot – a big night out for three young surfers results in near-fatal homophobic bullying

According to the director of Drown, Dean Francis (Road Kill), the film breaks away from the stereotypical identity of what society expects of men, and focuses on the inherent fear of male intimacy. The film’s title also surreptitiously acts as a double entendre – the physical and literal drowning of a person, and the emotional suppression that is exerted upon someone who does not necessarily fall into the societal categories. The emotional claustrophobia acts as a beacon in the underbelly of society, and Drown threatens to expose this relentless issue that has been as so far untouched by recent mainstream cinema. The film will not only usher in an epoch of bullying-awareness, but it will also make homophobia a visible and relevant issue. 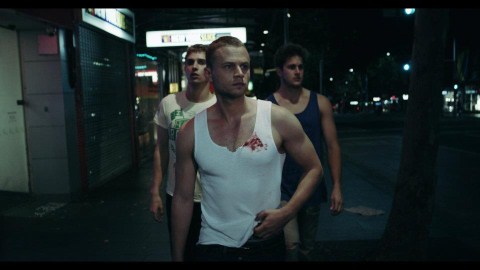 The protagonist is Len, he’s the surf lifesaving champion, something of a hero but he doesn’t take kindly to strangers, especially if they threaten his top-dog status.  He’s grown up fearing intimacy, because to him intimacy is something women do and women are weak. Weakness is death in his world.

Phil is 19, and has recently come out as gay. As the story opens he meets and falls in love with a boy and joins the local surf lifesaving club where he’s victimized because of his sexuality. But Phil is keen to be a part of the code of mateship in the club and so, despite being humiliated and beaten by Len, he refuses to speak up about the violence. Phil doesn’t want to embrace gay culture but he’s marginalized by straight culture.  When he discovers that Len is secretly attracted to him he tries to save Len from impending self-destruction. But Len needs to destroy his own uncomfortable feelings of same-sex attraction, so he sets about destroying Phil.

Meat is the mate – the mate we all have. The loyal follower, he’s starting to question his role. He’s the friend that’s growing up, the guy making everyone laugh. He sees his friend imploding, tries to help but is honor bound by the code of mateship and there are certain things guys just don’t discuss. Faced with condoning unimaginable violence, Meat will have to make a choice between loyalty to a mate and doing the right thing.

The film stars the superb Harry Cook (Caught Inside, Accidents Happen) as Meat – the loyal friend, Matt Levett (Home and Away) as Len – the film’s main protagonist, Sam Anderson as Tom – the love interest, and Jack Mathews as Phil – the victim of the homophobic bullying. 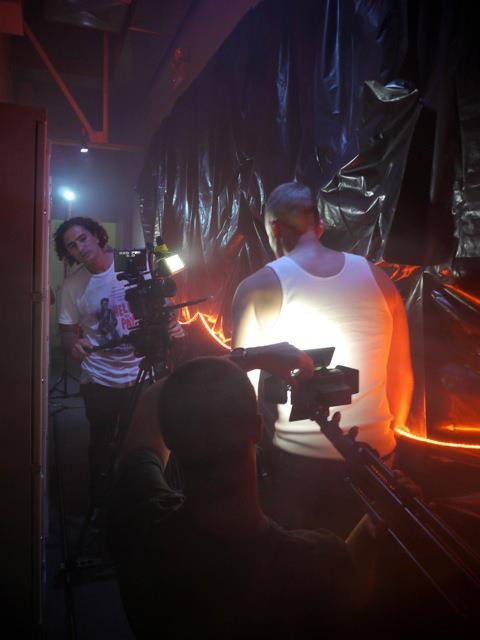 Drown has received widespread support on social media sites such as Facebook and Twitter, so if you’re interested in learning more about Drown, click one of the links below to stay up to date with developments and release dates.