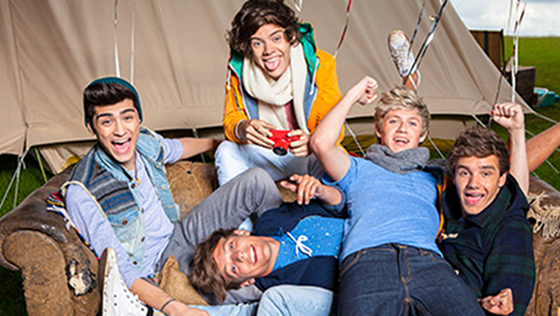 In the more controversial news, One Direction turned down the chance to officially endorse a brand of condoms. The company wanted the band to be the face of the brand, appearing in commercials and billboards. Besides making a huge amount of money, well, they probably would have been given a life time supply of free condoms! The guys explained their decision: “The offer was enormous and even tied into a safe sex organisation in the US. It came from one of the biggest brands in the world. While the boys didn’t sneer at the money, they felt their fans were slightly too young for this type of project.” But now we’re wondering, was it a damned-if-you-do-damned-if-you-don’t decision for the young pop stars?

The group has never tried to hide the fact that they are sexually active, and have privately endorsed condom use. From tell-all interviews to hotel sleepovers, their sexual histories are pretty well known, and we appreciate how honest and frank they are. The kids are between 18 and 20 years old and being open about condoms sends an important message to their fans. So why not enforce that message by endorsing condoms? Liam joked that the endorsement would be embarassing, prompting a lot of publicity jokes and satires. So now they’re being criticized for saying no, but what would the flip side be?

We’ve all heard the arguments for school nurses providing condoms to kids: parents are worried that easy access to condoms will encourage kids to have sex. Schools say kids need to be safe, end of discussion. So which is right? I think that if One Direction had endorsed condoms, it may have sparked a similar argument. Their fans are tweens! Though some pre teen kids may be sexually active (I know this is true–just please use condoms and start saving now for therapy!), would endorsing safe sex send a bad message? I don’t think there’s a right answer to their decision, but it is thought provoking. And we love that they turned down millions of dollars! Thoughts??