Taylor Swift and Harry Styles Taking A Break For The Holidays 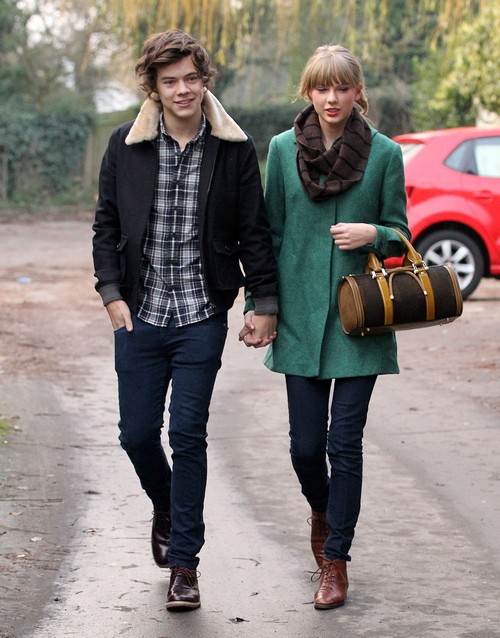 After being inseparable for the past few months, Taylor Swift and her man-of-the-minute, Harry Styles will finally be going in opposite directions, at least for a little while, over the holidays.  Taylor had already agreed to spend Christmas in Australia, even before hooking up with Harry and he will be heading home to England to spend quality time with his family.

There is also the possibility of Harry’s One Direction band mate, Louis Tomlinson, having a huge spur of the moment birthday bash on Christmas Eve. Harry has already taken a lot of heat from the 1D guys because of dating Taylor. Apparently they aren’t digging her quite as much as Harry and they believe that he is really under her thumb. They’ve expressed concern to him that Taylor may ultimately have a negative affect on the band so Harry likely feels a bit of extra pressure to hang with the guys.

Taylor isn’t letting Harry go for too long though. She’s already insisting that he come to Australia to meet her as soon as his time in London wraps up. I wonder when Taylor will finally understand that not giving her guy breathing room is probably one of the biggest reasons why her relationships fail. That and the fact that she parades every new man into the public spotlight almost immediately which just adds to the stress and pressure of a brand spankin’ new relationship.

I think it’s good that they are taking somewhat of a mandatory break. Maybe while hanging out solely with the guys Harry will begin to remember who he is without her and just be himself.  But will he be running off to meet Taylor in Australia?  Should he jump through those proverbial hoops whenever she demands to see him? Tell us your thoughts in the comments below!