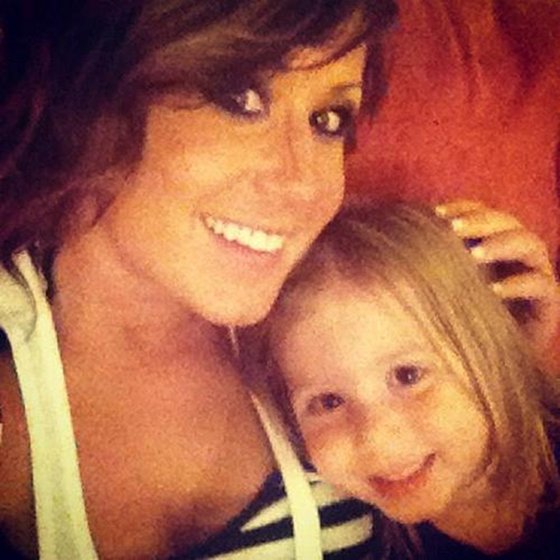 Although the stars of the Teen Mom series get the professional, on air help of Dr Drew Pinsky, Chelsea turned to a local professional on Monday night’s episode of Teen Mom 2. The young mom, who hopes to complete her GED and go to beauty school, has been struggling ever since she got pregnant with boyfriend Adam Lind. Viewers of the show know that Adam is a first-class jerk. He never sees his daughter, skips birthday parties, cheats with other girls, stays out all night drinking, and dumps Chelsea whenever she tries to get close. We don’t know what she sees in him, it must be the paternal bond!

After Adam had been absent for a few days, she called to check in. He dropped the bomb that, once again, it wasn’t working. And just like that, poof! He disappeared! The worst thing is that Chelsea constantly turns to him. When they’re together, she’s crying because of his abusive actions and words, when they’re apart, she’s crying that Aubree will never know her father. I’m no expert, but Adam is no father! Fortunately, Chelsea listened to the advice of her friends and went to a therapy session to gain perspective and closure about Adam. Since he was just reported to be dating his ex-girlfriend, we can only assume that the message of “move on and be happy” got to her eventually.

But the episode brings up a valid concern about therapy. Chelsea repeatedly asks her mom and friends if she is so crazy that she needs counseling services. Counseling is not for the crazy. It just provides a bias free, supportive person to talk to. A counselor can not only listen, but help you to recognize which questions to ask, and eventually recognize your own feelings. We’ll find out on the next episode if Chelsea continued counseling, but we hope she did! Sometimes advice from a stranger is easier to take than from a friend. We hope Chelsea can learn to stop making excuses for Adam and raise Aubree in a stable, loving environment, free from his immature and selfish drama!