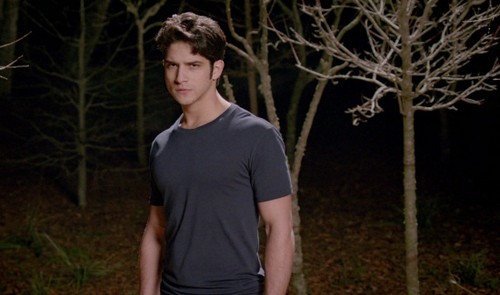 Good news Teen Wolf fans – the pack is back and is busy filming Season Three and will premiere this summer. First off, this will be a much bigger season than either one or two with a whopping 24 episodes on order by MTV. If you’re like me and can’t get enough of the angry teen angst, wolves and hunters, you’ll be thrilled that Season Three brings more to love!

Second, Jackson will be written off the show ASAP. Colton Haynes has confirmed he’s done with the show, but since he’s a fan fave, his bestie Tyler Posey says they’re going to leave the door open in case he changes his mind and wants to come back to the show. If you remember, Lydia healed Jackson at the end of Season Two and he finally got his wish and went from Kanima to werewolf, but with blue rather than gold eyes. (Oh yeah, and remember the goo and the chrysalis and the body bag? Ick!)

Teen Wolf Executive producer Jeff Davis says, “Next season, during an important flashback episode, you’ll learn why some werewolves have blue eyes and others do not. And it has nothing to do with DNA or being a born werewolf.” Hmm…. Intriguing!

Season Three will not pick right back up where Season Two left us. Instead, it will take us four months into the future, skipping over summer break for the gang. Scott, Stiles, Allison, Lydia, Isaac and the others will be starting their junior year and I have a feeling SAT’s will be the least of their worries, even with the Kanima vanquished.

Davis says, “I think fans can definitely expect the same level of thrills and action and romance. You’re going to see a new kind of relationship with Scott and Allison, especially now that they’ve broken up. It’ll be interesting to play that dynamic of being scorned lovers who have to figure out if they can stay apart or if something brings them back together.”

The whole Gerard wanting to be bitten by Derek and using the Kanima to that end was one thing I won’t miss as we head into Season Three. I did enjoy watching the evil old geezer explode in a blood gush. Karma, anyone?

And loads of other new wolves are roaming the woods next season. The pack of alphas will be major players in Season Three. Ethan and Aidan are identical twin werewolves in the alpha pack – they are described as “dangerous charmers.” New girl Kali will be the first female alpha who will be “ruthless and sexy.”

If summer seems too long to wait to get more Teen Wolf action, click here to read the first page of the Season Three premiere episode script! And join us here at Celeb Teen Laundry for more spoilers as they’re revealed and up to date information as Season Three launches. Can’t wait!