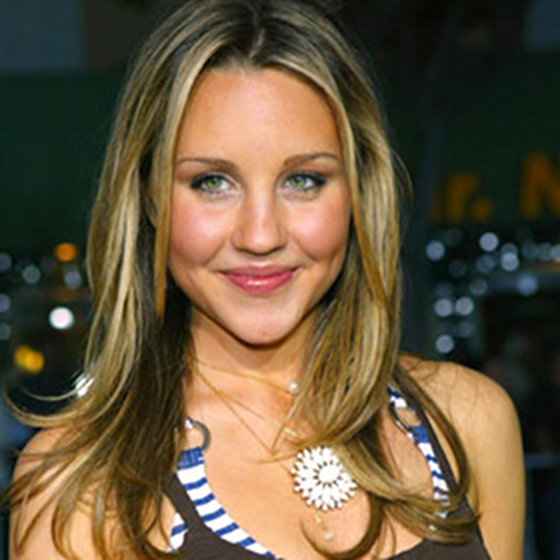 Amanda Bynes made headlines in 2012, not for her movie roles, but for her driving record. The grown up child star had a rough year, and many speculate drug use and a mental break down are to blame. Whatever the case, Amanda seems to be on the up and up–she settled a few lawsuits privately, and though her license is still suspended, she’s been on good behavior. Here are five reasons we’re dying for Amanda to settle her legal issues and come out of retirement!

5. The Amanda Show: Growing up in the nineties wasn’t easy–we were subjected to floral patterns, overalls, and non-ironic chunky socks. But Nickelodeon knew how to satisfy our end-of-the-century angst: they brought us SNL for kids, hosted by young and spunky Amanda Bynes. We loved the infomericials, Judge Trudy and, most importantly, Penelope!

4. Easy A: If you still haven’t seen Emma Stone‘s big blockbuster, go rent it NOW! The movie is full of clever one liners, and Penn Badgley (aka Dan Humphries) is the love interest! But our favorite is Amanda’s character, Marianne Bryant, a traditional mean girl masquerading as a missionary. She’s the “I’m here to help but oh my god first let’s change everything about your wardrobe, personality, and hobbies!” girl. I was rooting for a Marianne spin off sequel!

3. She’s The Man: Amanda plays a soccer loving girl, who is forced to pretend to be her twin brother. Living in a guy’s dorm, she crushes on none other than Channing Tatum! It’s a classic, and based on William Shakespeare‘s comedy Twelfth Night. If you’re reading it in school, see the movie! It won’t answer all of your homework questions, but gives a great impression of the gender confusion. Best part? When Amanda (Viola) covers up her tampons by saying they’re for nose bleeds!

2. Lovewrecked: I don’t know how this wasn’t in theatres! TV movies are normally a bit too cheeseball for my tastes, but this really takes the cake. Amanda plays a rocker-obsessed high school graduate, who ends up shipwrecked with her idol, Jason Masters (played by OC hottie and model Chris Carmack). If you don’t mind 2006-low quality digital waves and a mildly predictable plot, it’s a great chick flick!

1. What A Girl Wants: Okay, okay. It’s true, this movie gets first place on the “why we miss Amanda” list solely because Colin Firth, my soul mate, plays her father. But the movie plot is fantastic–Amanda has never known her father, and flys to England to find he is a Lord and politican. Can her bohemian New York City ways mesh with his high brow aristocracy? More importantly, will she and Ian, played by cutie Oliver James, make it work?

If this list doesn’t convince you, nothing will! Think of it as your winter guide to movies! It’s cold outside, so have your friends over and settle in to some classic cinema. Maybe if enough of us send good thoughts to Amanda, she’ll come out of retirement and give us more of her fabulous self! Do you miss Amanda? Which of her movies is your favorite?