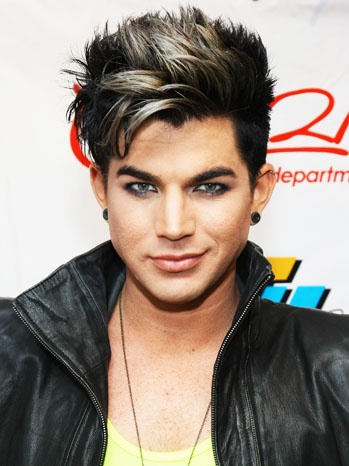 Yesterday we reported here on Celeb Teen Laundry about Adam Lambert slamming the Les Miserables cast for their miserable performances. He wrote on Twitter yesterday, “Les Mis: Visually impressive w great Emotional performances. But the score suffered massively with great actors PRETENDING to be singers.” Look, the man knows what he’s talking about. He started out in musical theater before he became an internationally recognized superstar. Today, news is a bit different on the Lambert-Hates-Les-Mis front.

Soon after Lambert’s somewhat scathing tweet, Russell Crowe – the star of the film – defended Lambert’s opinion in a tweet. He wrote, “I don’t disagree with Adam. Sure it could have been sweetened, Tom Hooper [the director] wanted it raw and real, that’s how it is.” Due to Crowe’s tweet, Lambert returned to Twitter to clarify his opinion:

“My movie review has gone viral. U can spend a whole year praising artists for inspiring work, but one critique gets all the attention. Funny. Those raw and real moments when characters broke down or were expressing the ugliness of the human condition were superb. However… My personal opinion: there were times when the vocals weren’t able to convey the power, beauty and grace that the score ALSO calls for. I guess I’m a purist for the original LIVE broadway recording when the actors sang the f— outta those songs. JUST an opinion… I should prob stop fanning the flames on this one..but i love a good debate- couldnt help myself.”

He concluded with once again praising Anne Hathaway for her performance, “One last thing though: Anne Hathaway was so good- had me tearing up. Oscar worthy performance for sure! Ok. #donediscussinglesmiz.”

There we have it ladies and gents – Lambert doesn’t hate the film; he’s merely a purist. Hopefully this will now clear up any misunderstandings about Lambert’s opinion.