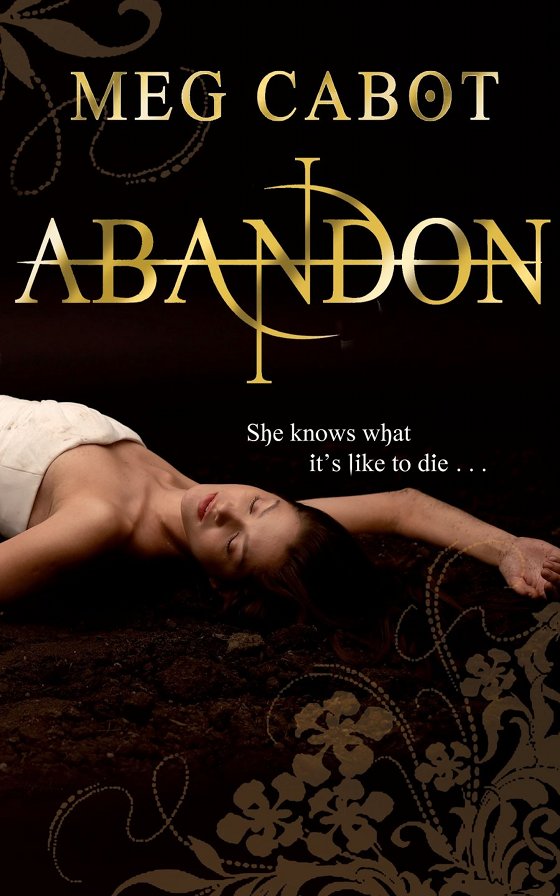 Read it. There isn’t really much more I can say–though I suppose some supporting evidence may help you reach a decision. Abandon is the first book of Meg Cabot’s Abandon trilogy, and tells the story of Pierce, a 17-year-old girl who is considered a problem child after drowning and being brought back to life by EMT. What happens while she’s dead, and who she meets, changes her life–for the worst, in many ways.

Her parents divorce shortly after her accident, and her mother moves back to Isla Huesos, a small island in southern Florida (based on Key West). Pierce hopes to make a new start, but when the mysterious John reappears, warning that she is in great danger, she must decide how to keep her family safe and discover the truth about John.

This book follows a choppy chapter pattern, with several flashback scenes, in which Pierce describes her accident, childhood, and the months following her death. While I loved the story, the entire book is very short, chronicling a few days in the present. Because of all the history that’s necessary to understand Pierce, it feels incomplete–but I’ve just started the second, and can guarantee it’s action packed!

Abandon gets four out of five stars, if only because it is so short, and feels more like a really long introduction, or novella, than a full book. Fortunately, it is part of a trilogy, and the characters (go read it, then come back and gush to me about John!) are believable, genuine, and provocative! The story is very, very loosely based on the Persephone myth, in which a young demigoddess eats six pomegranate seeds in Hades, and is forced to return to the underworld annually.

Like everything Meg writes, the book is fresh, the plot unexpected, the guys smokin’ hot. But I especially love the quirky, unique, not mainstream heroines, who are nonetheless strong and capable. You won’t find any whimpering, dithering protagonists–and who needs them? Pierce may have her own unique set of issues, but she’s brave and self-assured! Go read it, and let us know what you think!