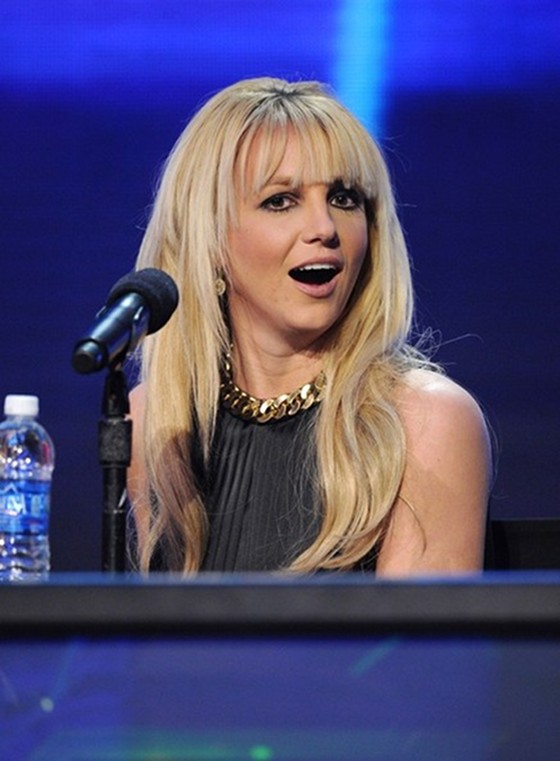 It may seem like, now that she has kids and is a real adult, Britney Spears would want to back off the business and focus on family. Considering that she has roughly $200 million in the bank, it’s not like she needs a 9 to 5 job! Britney signed on as judge for The X Factor USA this year, along with Simon Cowell, Demi Lovato, and LA Reid. She made a cool $15 million for her work, and a whole series of memes quickly appeared, taken from her bizarre facial expressions.

But now, a source has reported to TMZ that she has decided to move on from the show, to focus on her music! The source explained, “Britney loves Simon, she likes Demi Lovato but her thing is music.” Britney hasn’t released an album since 2011, and we thought she was throwing in the towel–or at least doing a decade long break, a la Madonna. But the source promised that she’ll be in the studio, collaborating with Will.i.am and Hit-Boy.

Apparently, she’s so focused on her new album that she’s considering a world tour! Can you imagine? I’m wondering what she has to write about anymore–paternity drama, law suits, and a stable relationship with an employed man? Who knows! Would you buy another Britney album, or have you moved on? Should she give it up, or stick with what she loves?