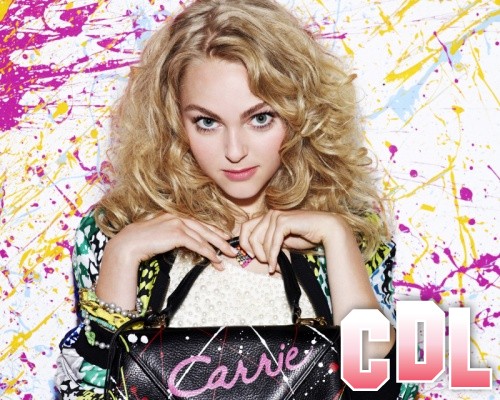 Fans of Sex and the City, Gossip Girl, and the 1980s were thrilled to learn about CW’s plans to launch a new hit series: The Carrie Diaries,starring future household name AnnaSophia Robb. The show acts as a prequel to Sex and the City, and is based on Candace Bushnell’s series. We’ve fallen in love with the show since it’s premiere–the music, the clothes, and the star, AnnaSophia. She brings Carrie to life, and though the story doesn’t match up with the HBO version, we totally buy her as a young Bradshaw!

AnnaSophia isn’t new to acting. You may remember her from Soul Surfer or Charlie and the Chocolate Factory. The blonde beauty is making a name for herself, and The Carrie Diaries had earned a reputation already. Life & Style asked AnnaSophia about life as Carrie, and she’s sharing her fashion splurges and style favorites.

Favorite accessory? Scarves! “I think they’re great accessories, and they keep my neck warm!” Biggest splurge? “Some Rag & Bone boots. They were pricey but worth it.” Despite being the new Carrie, AnnaSophia isn’t about to sacrifice her personal tastes. “I wear what I feel comfortable in,” she confesses. “I go for what I like instead of what’s ‘in.'”

The budding starlet hasn’t forgotten her non-famous friends, either! She gushes about the best party she attended, which was her “18th birthday party, which [she] shared with one of [her] best friends. [They] invited practically [their] entire high school.” And her favorite beauty tool? Toothpaste! “I like Tom’s of Maine,” she admits. “Whatever makes my teeth white!” Are you hooked on The Carrie Diaries yet? Click here for our premiere recap!