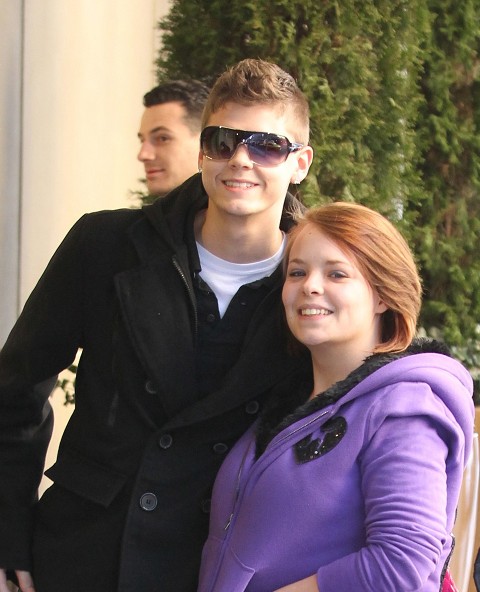 It seems like just yesterday we were watching Catelynn Lowell and Tyler Batlierra make the tearjerker decision to put their baby up for adoption on 16 and Pregnant. Four seasons of Teen Mom later, they’re full fledged adults! Tyler has moved to New Orleans to pursue acting, and Catelynn is taking college classes, hoping to work in adoption counseling one day. The last big mile marker they have to pass is turning 21, and for Tyler, that’s tomorrow! Or today, depending on your time zone!

“We r way more mature than our parents we actually know our limits,” Catelynn tweeted about Tyler’s birthday. I won’t get into the inclusive “our limits” instead of “his limits,”since she hasn’t turned 21 yet! Catelynn hasn’t stayed scandal free. She was photographed with a bong last year, and people worry that she and Tyler will face the same alcoholism and drug addictions that their parents struggle with.

But for tomorrow night, they’re making the safe choice: Catelynn will be designated driver for Tyler’s birthday party! “Tomorrow is @tylerbaltierras 21st birthday !!!!! Looks like I’m going to be his DD. everyone have a safe weekend,” she tweeted. Love or hate their Teen Mom storyline, Catelynn and Tyler seem like a genuinely happy couple, who are willing to learn from their mistakes and are using their fame to encourage other teens to make good choices. We appreciate their work, and wish Tyler a happy and safe 21st!