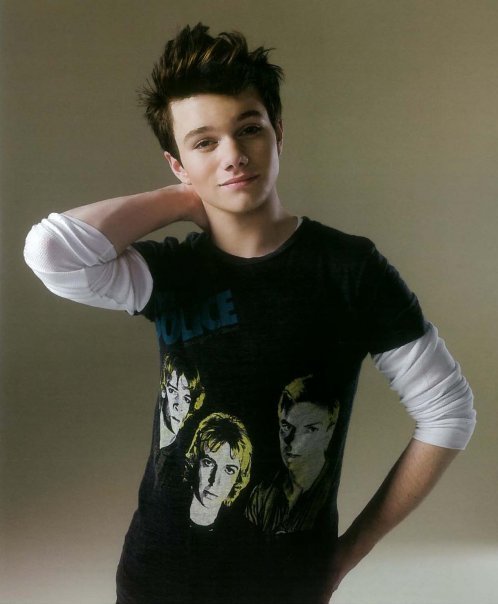 Chris Colfer – Kurt in Glee – is a super funny, super talented, and super awesome actor. Not only does he portray one of the most endearing characters on television, but Colfer also recently wrote the screenplay for the indie hit Struck By Lightning. In addition, at the recent People’s Choice Awards that aired on the 9th of January, 2013, Colfer managed to beat our Jesse Tyler Ferguson, Jim Parsons, Neil Patrick Harris, and Ty Burr for the title of Favorite Comedic Television Actor.  He tweeted after his win, “Still shaking and stuttering up a storm! Thanks to everyone who voted for me and @msleamichele! What an amazing way to start the new year!”

Colfer’s new film – in which he also stars – has been ripped apart at the seams by critics and audiences alike. Critics have noted that only if the film’s dull and broad set pieces were sharper, it could have been a success. One critic wrote, “There isn’t much to say about Struck by Lightning, except that it’s one of those interchangeable teen movies that lands in theaters in early January, the morgue for films nobody knows what to do with.” While another critic wrote, “One can’t blame Colfer for wanting to expand his range, but he’s created a character who is neither hero nor villain, in a black comedy that is neither dark nor funny enough.”

Colfer recently said about this character, “I was tired of watching movies geared toward my age about the same types of kids going after the same pursuits of popularity; I saw enough of that in real life. What about the type of kid I was? The kind who was so driven by the things they wanted to accomplish that they saw high school more as a waiting room than a utopia. Where was the movie about that kid?”

Hey, if all else fails, at least Colfer has a People’s Choice Award on his mantle…