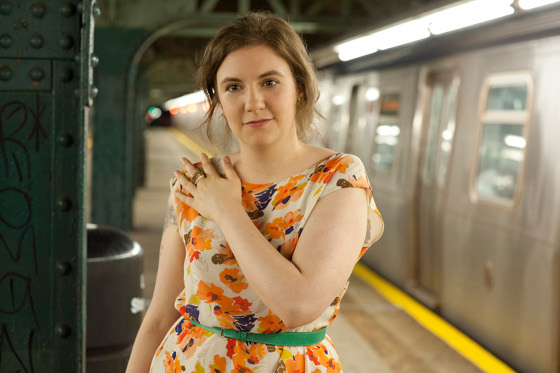 If you’re haven’t seen GIRLS on HBO yet (and are old enough or have parental permission) go watch it right now! Not only is it hilarious and 90% true, it’s a great reminder of how to be who you are. We knew it from the first show–Hannah’s parents cut her off financially, and she rejects their dinner invitation, citing “a dinner thing, and then I am busy–trying to become who I am.” Aren’t we all? Well the creator/director/producer/star of the show, Lena Dunham, just showed her off-screen fangs after Howard Stern verbally abused her on his radio show! Rude!

On his show, Stern joked, “It’s a little fat girl who kinda looks likeJonah Hill and she keeps taking her clothes off and it kind of feels like rape. She seems — it’s like — I don’t want to see that.” In case it didn’t click, here’s a blow by blow breakdown of how inappropriate his joke is. First, calling other people fat is a low blow, and has no wit or humor in it. It’s just a mean judgment of someone else. Second, comparing Lena to a guy, Jonah Hill. Not only is it rude to Lena, who doesn’t need gender jokes, it’s rude to Jonah, who isn’t involved in this at all! Double strike! Plus, it insults both of their body images! Third–rape jokes are off the table. Rape is not funny. Ever. If you don’t want to see that, turn off the show, Howard!

But Lena came to her own rescue, calling him out for his hurtful remarks. ““I’m not that fat, Howard. I don’t mean to take major issue with you about this. I’m not super thin, but I’m thin for, like, Detroit.” Lena obviously felt uncomfortable with the situation–otherwise she wouldn’t have apologized for making it a major issue, nor would she have made the Detroit joke. Stern was disgustingly unapologetic, but Lena responded with humor. While we understand that she didn’t want to blow the situation up to call him out, we wish she had been a bit more blunt about his actions. It is never okay to joke about other people–not their beliefs, hobbies, body, or, well, anything! Bodies come in all shapes and sizes, and the only person who needs to worry about a body is the owner! Besides, Lena is brilliant–she is 25, and is basically running her own show, which is pegged to be as big (if it isn’t already) as Friends and Sex and the City. She is motivated, confidant, and inspiring. Who cares if she’s eleven–or thirteen–pounds overweight? What do you think of Lena’s response?