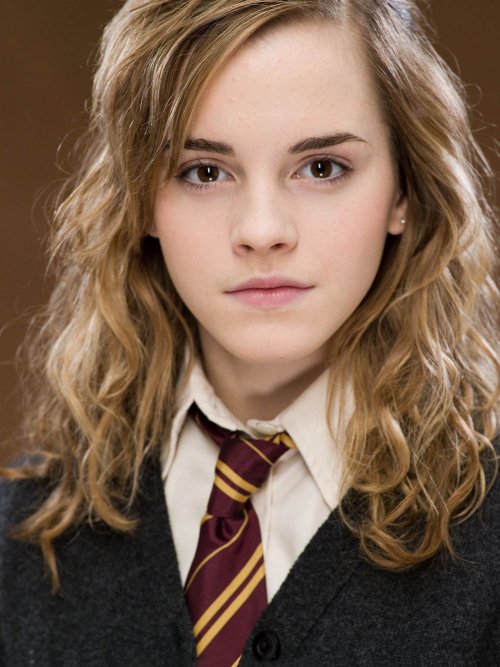 With all of the bad role models that abound for kids – pot smoking Justin Bieber, overly sexualized Kylie Jenner and Kendall Jenner and 16 and Pregnant moms galore – it’s important that positive teens are acknowledged. And it’s not just real life teens that influence other teens and children – on-screen characters influence behavior as well. A recent poll by Lovefilm (England’s answer to Netflix) asked movie watchers to rate the best on-screen influences on teens.

Coming in at number one was the brainy and brave witch Hermione Granger from the Harry Potter movie series. As a huge Harry Potter fan, I agree that Hermione is amazing. She always does her homework, aces exams, stands by her friends, fights the dark forces and still finds time for love. And Hermione portrayer Emma Watson isn’t too bad either – you never hear stories about her partying wildly, no half naked Twit-pics and so far, no drunken shambling about.

The second best role model was Charlie Bucket from Charlie and the Chocolate Factory. This character from the fantastic Roald Dahl books has been portrayed twice on screen – once in the excellent 1970’s version and again in 2005 in the Johnny Depp version of the film. Although financially strapped, Charlie doesn’t complain, but helps his family and when in the factory on the tour, he’s the best behaved of all the kids – making good choices throughout.

The third best role model is Matilda Wormwood from the movie Matilda. She’s another brainy girl who overcomes her horrible family to find academic success, gets a golden new mommy and creates her own happily ever after. Along the way, she conquers bullies and helps other kids to get free from an oppressive school principal. I agree that she’s a good role model – the second on the list to have magical abilities!

The character voted fourth best role model is Kevin from Home Alone, famously portrayed by Macaulay Culkin. This big screen little kid gets left behind in the holiday classic and manages to take down two very bad criminals in a series of over the top antics. He also decides he’s not better off without his family no matter how crazy they make him!

In fifth place for film role models was Dre Parker from the remake of the Karate Kid, played by Jaden Smith – son of megastar Will Smith. He’s another character who fights back against bullies even after he’s stepped on again and again. Another solid choice for a good role model.

Let us know what other film characters you think are good role models for teens and kids! I think Twilight’s Bella is a good role model, not so much portrayer Kristen Stewart though. Leave us a comment with your fave teen role models from film!

Beauty And The Beast