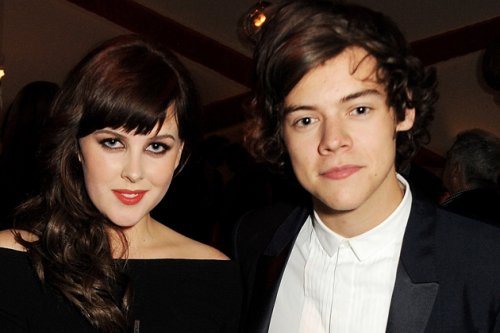 You can say one thing about Harry Styles – he doesn’t waste any time. The One Direction hottie is obviously less than broken up about his split with Taylor Swift. While she flew heartbroken out of the Virgin Islands, Harry stayed on to party with sexy ladies at Richard Branson‘s Necker Island and then back in the UK, was flirting up a storm outside the studio. But now it looks like Harry may be hooking up and moving on for real.

Even though One Direction was nominated for two People’s Choice Awards, Harry stayed put in the UK and let Taylor have the US awards. She showed up looking sexy in an extremely low cut dress that gave a rare glance at her perky upper deck. Instead Harry showed up for a GQ party and then Sketch nightclub with a lovely new lady on his adolescent arm.

He spent the evening flirting with gorgeous Anna Karenina actress Alexandra Roach. And at 25, she’s even more of an older woman for 18 year old Harry than Taylor was. When Harry and Alexandra left the GQ party together, she dropped her handbag and knight in shining armor Harry rescued it for her. He gathered up all her spilled lady stuff and packed it back in her bag before handing it back to the blushing beauty. They left together, with Alex in the back and Harry in the back but no word on where the duo went after that.

The Mirror newspaper recently revealed details behind the Haylor split and it seems like Taylor’s jealousy was the main issue. The paper reported, “Harry felt Taylor was nagging him, quizzing him on his intentions with various women and generally having very little faith in him. It all became too much and Harry found her a little too demanding.” 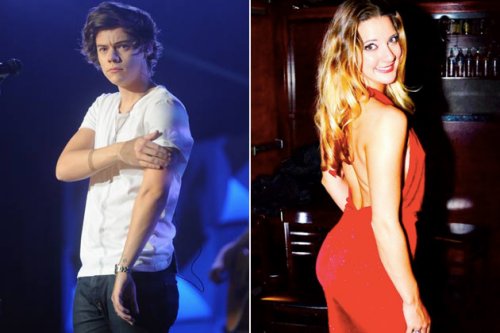 But Alexandra’s not the first hottie Harry’s been with post-split. Within hours of their break up and Taylor’s departure from the Virgin Islands, Harry was in a hot tub with TV host and star of Bravo’s Start Up Hermione Way. Seems like Taylor’s worries over Harry’s roving eye were not misplaced. Yikes – I wonder if Taylor was even on her flight home before he was heating up the hot tub with Hermione. And I also wonder if Taylor’s going to mention his love of the ladies in her break-up song?