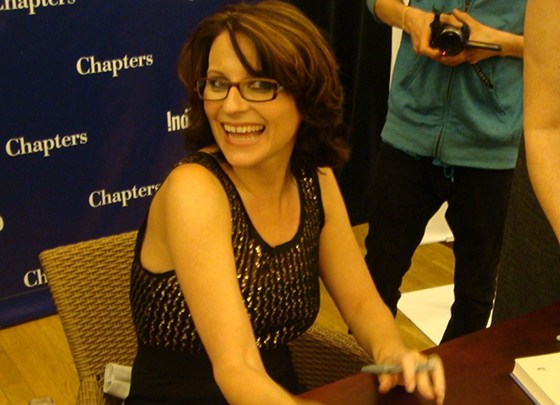 Fans of Mia Thermopolis in The Princess Diaries series by Meg Cabot have been pining for a new installment since the final book was published in late 2008. For those of you who are unwilling to do math, that’s four years. Which is a really long time! A single cat can produce like, 200 offspring (including grand kids) in 4 years! I’m just saying, it’s been too long. After the book came out, Meg responded to fan questions on her blog, slashing down our dreams of a new installment.

“Is the tenth book the last in the Princess Diaries series?” The fan asked. “Yes. Although I may write about Princess Mia again, I don’t have any more contracted books about her at this time. Mia and I need a long break!” Translation: Nothing is on the stove right now, and I have some other things to work on. But eventually, I totally will because I love my fans and want to give them the precious gift of literature.

Even if you aren’t as loose in your interpretation as I am, it’s not a no, right? Upon that we can all agree. I’d forgotten about it completely, until I realized I could follow Meg Cabot on Twitter! I’m glad I did, because she posted a link to the blog of “Mia Thermopolis”! Of course, Mia is fictional, but Meg apparently pops in to write as her! And it’s amazing! Well, Meg tweeted a link to the new blog post, in which Mia laments the public nature of her new blog, and jokes that she needs a new diary so she can write in private. “You know what? For Christmas all I want is A NEW DIARY WITH A LOCK ON IT,” Meg wrote. New diary = new book. It’s simple math–the only kind of math I’ve ever excelled in! Are you thrilled? Can we agree to tweet Meg incessantly until she promises us a look at Mia’s life in college?

Update: Meg Cabot saw our post, and responded via Twitter: “Princess Mia’s blog has caught the attention of Celeb Teen Laundry. Who knows what will happen next???” I’d like to take a guess: More Mia!