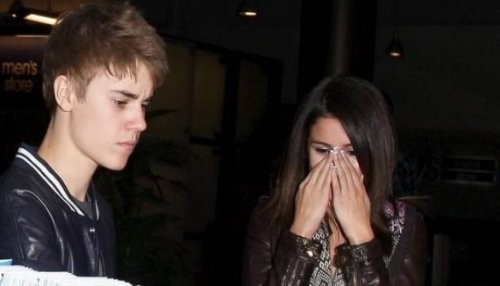 It’s really no wonder that Selena Gomez walked out on Justin Bieber – I’ve been Team Selena for years. But now that the New York Post has revealed what really went down in Mexico, I am even more firmly in Selena’s corner. The young lovers were staying in a rented house in a gated community outside of Puerto Vallarta. But their New Year’s vacay took a turn for the worst when Selena confronted Justin about hooking up with Victoria’s Secret model Barbara Palvin in Miami in early December.

And that wasn’t the first time the underwear model and teen heartthrob were out together. They went to see the Lion King together. Isn’t it ironic that cheat Justin took Babs to a Disney show? And we know Barbara is no fan of Selena’s – she said in an interview a little over a year ago, “I don’t like Selena Gomez.” She later tried to backtrack, but what’s said is said. And if Barbara’s got Bieber fever, it’s no surprise that she’s not a fan of his then girlfriend.

Life and Style has covered Justin’s cheating ways extensively and reported that a friend of Justin’s said, “Justin and Barbara were together in Miami. They aren’t being bashful about hanging out and getting closer. Selena hates this girl. She hates how braggy Barbara is about it all, wearing his shirts, tweeting from his locations and following him all around.”

After the couple had a major blowup at their rented house in their late December getaway, Selena headed to a party with friends. The NY Post source said Selena was upset and told pals at the party Justin said, “Don’t let the door hit you on the way out.” So she didn’t and left their shared house and headed to the Ritz-Carlton.

But when Selena called her Mom to update her on the break-up, her mom insisted she fly home immediately. Her mom said, “Don’t stay there. You’re alone. You have no security. Come home.” Like a good girl, Selena did just that. And now it looks like they are done for good. I just hope she doesn’t cave in. A friend of Justin’s told the publication, “Justin’s devastated and pathetic right now. He’s calling her 100 times a day and she’s not picking up.”

Stay strong Selena, Justin’s trouble and not the right guy for you. Once a cheater, always a cheater!