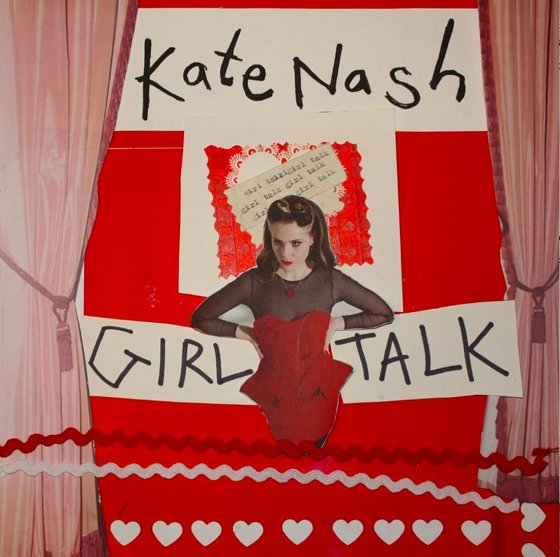 Eek! Is there any better way to start the new year than with a killer line up of new music? I’m still reeling over Kate Nash‘s announcement of a new album–fans have been waiting for this since April 2010, when she released the smashing album My Best Friend is You. The countdown has begun for the 4 March release of Girl Talk, and new info about her track list and tour have my brain near boiling point!

Love, right? A lot of these songs are availiable in early versions on YouTube–you can go and check them out. But Kate has a tendency to mix it up a lot (think early stages of Doo Waa Doo, which was completely different on the album–but still great!) so don’t expect cut-and-dry versions. And, of course, check out her awesome EP, which includes May Queen (brilliant), I Want a Boyfriend (too catchy for words), and her cover of The Kinks All Day And All of the Night (dare I say, better than the original?)!

She’s also announced UK and North America tour dates–I’m sad to report that, for US fans, she won’t be on west coast this March! Ack and boo to the tenth power, am I right? It’s all quite unsettling, but we must trust that she’ll make it out eventually! Will you be first in line on iTunes this March to check out the new wonderful world of Kate?