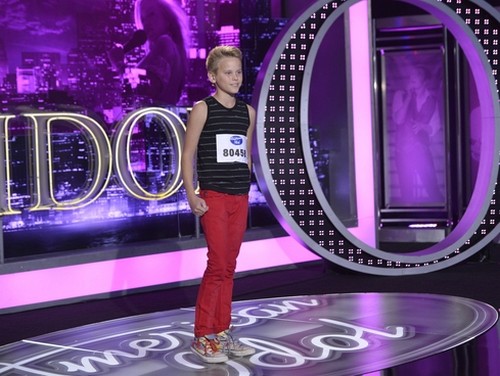 Tonight on American Idol 12 there was an inspiring performance by Kayden Stephenson a 16-year-old who is suffering from Cystic Fibrosis.

Even though Kayden’s said his life expectancy is only 35, Kayden does not let it get him down.  He lives each day to the fullest.  Kayden has wanted to audition for Idol for a long time and now that he turned 16 and he qualified he auditioned.  Kayden told the judges he had been singing since he was four-years-old and being an American Idol had always been his dream.

Check out Kayden’s audition below where he is singing “I Wish” by Stevie Wonder.  Kayden is heading to Hollywood and we hope he is one of the 40 that are chosen during Hollywood Week.