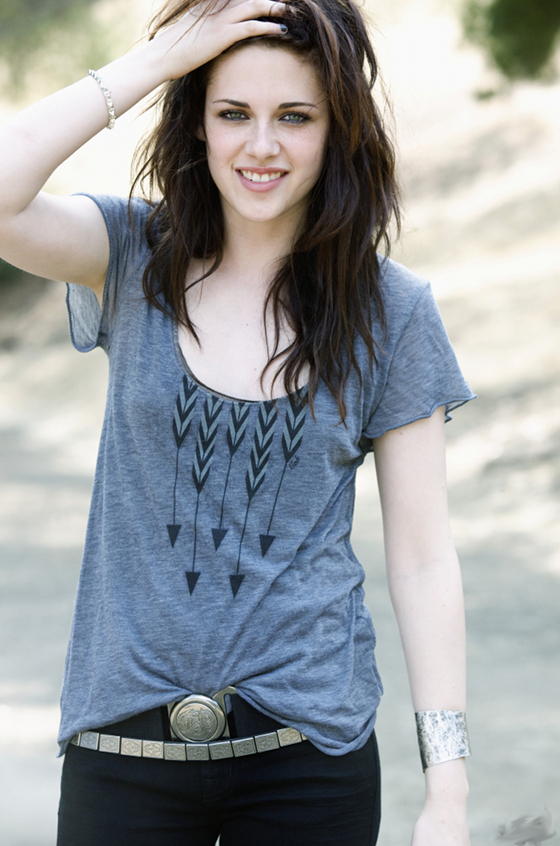 Kristen Stewart is not the first actress that comes to mind when we think ‘teen role model,’ but a new interview with V Magazine proves she has two brain cells to rub together, and could actually be quite a positive influence if she decided upon it. She always seems sudden, and the interview explains why.

“I have realized that you can close yourself off to life if you put walls up, but it’s a difficult thing. You can’t see over, people can’t see in, and you also can’t see out. So I’ve gotten quite comfortable with just being unafraid. I keep saying the same thing: it’s not about being fearless but really just embracing the fears and using them. I am not closed off to anything right now. That is what I was saying about not having any more walls up. I don’t want to deprive myself of any bit of life.”

While there is a bit of embarrassing metaphor explanation (yes Kristen, we understand. If there are walls up, you can neither see in, nor out, nor can others see you, and if the walls are high, looking over the walls can be hard.) the general idea is actually quite nice: it’s easy to close yourself in a safe space, but you won’t ever get anywhere. Better to break out, ride your fears, and try new opportunities.

It’s quite surprising to hear such rational words from Kristen’s mouth, and we like it! It’s a new year, why not give Kristen a chance to revamp (no pun intended) her image, now that Twilight is closed. She can try new things, and hopefully keep up this inspiration streak! do you have faith in the new Kristen?