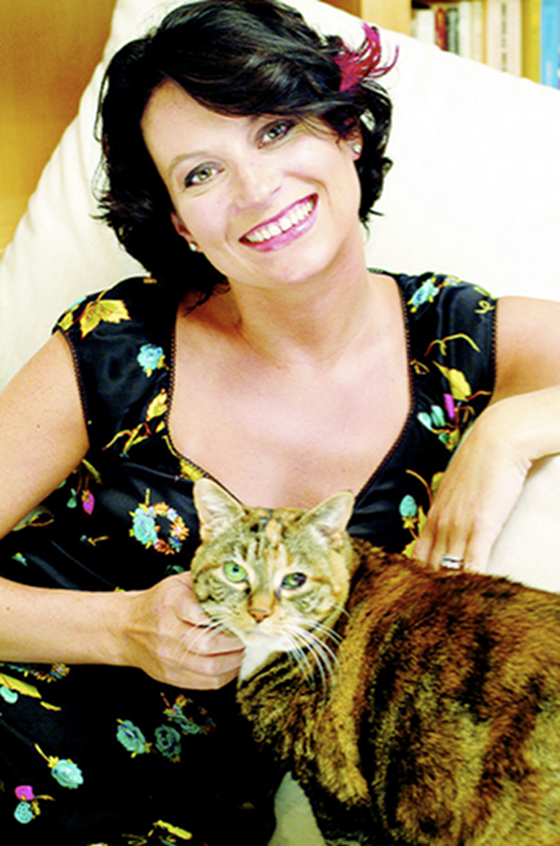 Bestselling author Meg Cabot keeps up an unprecedented pace of publishing–she seems to have a new book out every month or two, which summons an image of either constantly typing monkeys (who are great at character development and unique plots) writing under her name, or poor Meg chained to a desk in her Key West, FL home, with the smallest window spilling a small pool of light onto her desk. Is it bad to say that, whichever is true, I’m okay with it?

Meg took to Twitter on Sunday to announce what we’ve long been waiting for–no, she hasn’t officially confirmed an eleventh Princess Diaries book! Instead, she’s penning a seventh installment to her long-untouched Mediator series. If you haven’t read it, do so now! The series follows Suze Simons, who moves to Carmel, CA from New York City, after her mom remarries. Normal enough, right? Well, Suze can speak to dead souls that haven’t moved on to their next spiritual plane, which is fine until she meets Jesse, a super-hunky 19th century rancher–and dead.

The series ended with a very satisfying conclusion, so it’s hard to imagine where the characters will be in the new book. Don’t look for it soon though, Meg explained: “For Mediator fans who are asking, yes, it’s true there will be a 7th book. Went on secret research mission to Carmel last year. However…it’s going to be a BIG book so it’s going to take a while to write. Thanks for all your support, love, & patience! XXXOO Suze & Jesse.” The series was in talks for a film adaptation, which has since transitioned to a TV series! While news is slow to trickle on that front, we think this news will keep us satiated for a few months, at least! Where do you think Meg will take Suze and Jesse in the next book?

We want to offer our condolences to Meg, who has just lost her much beloved (if not grumpy) cat Henrietta. There’s no shame in mourning a loved one–be they human or animal. Stay strong, Meg!