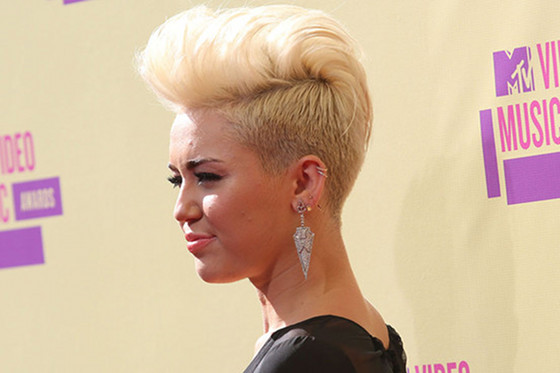 While we hate to politicize something as tragic as a death, I personally agree with Miley Cyrus. By now, you’ve probably read that a photographer was fatally hit while attempting to take pictures of someone driving Justin Bieber‘s Ferrari getting a ticket in LA. The news is so sad, and although we know it was an accident, and are glad to know no one else was hurt at this point, it certainly raises questions about how far paparazzi will go to get a picture of a celebrity. The argument was brought up last summer when a photog with a long lense capture topless photos of Duchess Kate Middleton, who was sunbathing over one half a mile away.

Miley expressed her views over Twitter, sharing: “Hope this paparazzi/JB accident brings on some changes in ’13 Paparazzi are dangerous! Wasn’t Princess Di enough of a wake up call?! It is unfair for anyone to put this on to Justin’s conscious as well! This was bound to happen! Your mom teaches u when your a child not to play in the street! The chaos that comes with the paparazzi acting like fools makes it impossible for anyone to make safe choices.”

We expect that Justin is probably very torn up over this. His normally buzzing Twitter feed is silent. While it is unclear if he was on the scene, the fact that someone was so desperate to get his photo has to weigh on his conscious. We hate that another’s decisions and values can be so hurtful–to others, and to themselves. While I don’t feel right saying anything negative about someone who passed away in such a sad, preventable, and unnecessary way, the point is there to be made. Paparazzi not only put themselves in dangerous situations, but often create them. We wish peace for those affected, and hope this horrible situation will open a discussion about privacy laws.