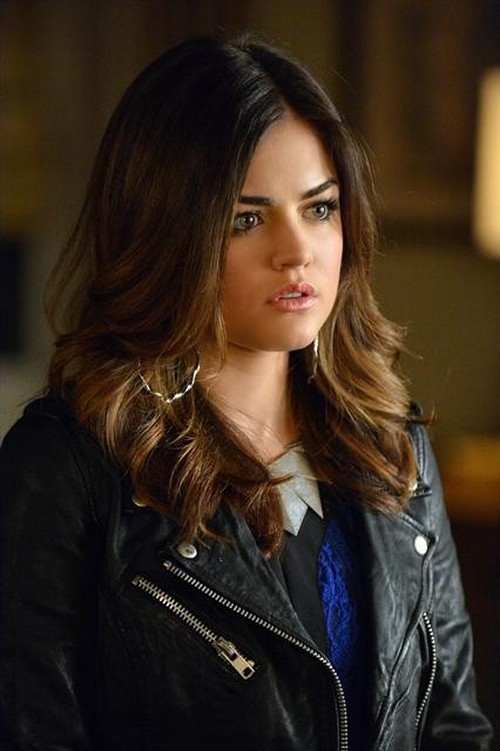 On of my favorite shows Pretty Little Liars returns tonight to the ABC Family with a new episode called, “Out of the Frying Pan, into the Inferno.”  On last week’s show Aria was down for the count when sidelined by the flu, so Hanna and Emily were on their own to follow up on a new clue. Surprisingly, Meredith stepped up to help take care of Aria while her father was away, but when it started to look like Meredith may have ulterior motives to her nursing Aria back to health, Hanna and Emily turned their attention towards saving their friend.

Meanwhile, Spencer took a break from all the sleuthing to surprise Toby for their anniversary.  Did you watch last week’s show? We did and we recapped it here for you!

On tonight’s show Secrets drive the Liars into taking desperate actions, in “Out of the Frying Pan, into the Inferno.”  Everyone has secrets – Aria, Emily, Hanna and Spencer have more than most, but with all of the secrets they are holding it may be starting to get overwhelming for them. Aria knows that she should tell Ezra about his son, but she isn’t ready to face the idea of what it might do to her relationship.

Hanna, on the other hand, is sure Caleb is keeping a secret from her and she is determined to find out what it is. Spencer is fed up with all of the secrets and decides she no longer wants to play the games. Will their secrets drive the girls to take desperate actions that could, in turn, make the situation worse?  Meanwhile, Emily learns more about what Ali may have been hiding the summer before her murder.

Be sure to tune in for our live coverage of ABC’s  Family ‘s Pretty Little Liars at 8:00 PM EST!