Selena Gomez and Justin Bieber Are Broken Up For Good! 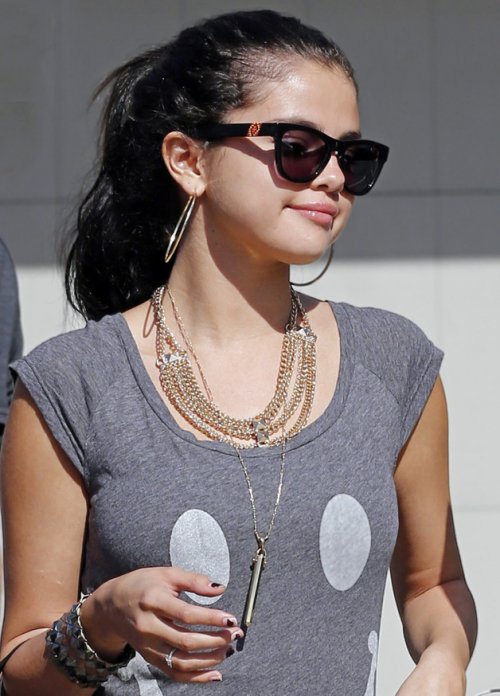 The off-again on-again couple is now officially off again. Selena Gomez may be quoting BFF Taylor Swift‘s song We Are Never, Ever Getting Back Together when it comes to her bad behaving beau Justin Bieber. It looks like the New Year’s blowout on their romantic vacation in Mexico spells a permanent end to their relationship. An insider told US Weekly, “They had another huge fight, and Selena won’t forgive him.“

And a friend of Selena’s told the tabloid, “Selena is done with him.” Their breakup could explain Bieber’s subsequent bad behavior including drinking, smoking pot and getting new tattoos. Selena’s pal said that Justin had become a bad influence on the squeaky clean Disney actress.

Justin may have been a bad influence on Selena, but it also seems that their split has been hard on Justin and has been driving him to make increasingly poor choices. He’s been hanging out with rapper Lil Twist who has been his partner in trouble-making, present for both the underage drinking and blunt smoking incidents.

Even though Selena says she’s done with Justin, that doesn’t mean he won’t try to win his longtime love back. A source close to the couple says, “Justin told Selena that he wrote her a bunch of new songs and they are going on the album.” Justin is busy trying to rehabilitate his image after the pot smoking photos were leaked and he may be more concerned with trying to win back Selena than making good in the public eye.

Last Saturday, Justin visited a seven year old cancer patient Millie Flam who was too sick to come to his concert. Justin’s camp insisted that the visit was not a publicity stunt, but was just Justin being concerned about the terminally ill little girl. Millie’s mom Amanda said, “He walked in and her whole face lit up, and she turned around and hugged her dad, and then he ran over and came next to her and gave her a big hug.” It’s nice that little Millie got her wish fulfilled to meet Justin, but that may not help him with Selena.

Since her bestie Taylor just broke up with Harry Styles they may support each other in their efforts to avoid their exes and not get back into what may have been toxic relationships. If the girls can keep each other strong, Harry and Justin may be out of the girls’ lives for good!