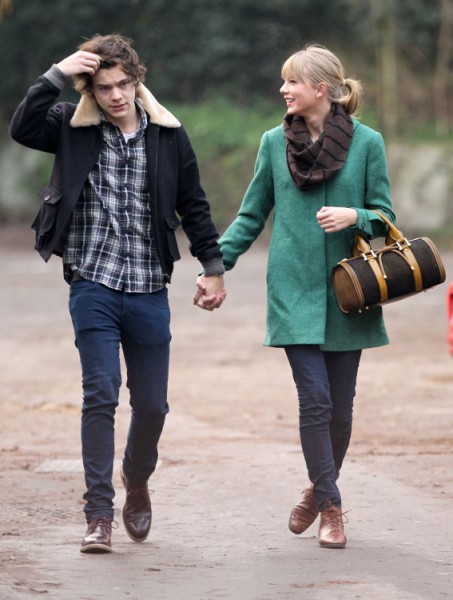 Did you guys really think that Taylor Swift and Harry Styles were going to last for more than 15 minutes?  I mean seriously, all of her relationships end the same way and he is a boy-bander that can have any pretty much any girl he sets his sights on!  More interesting to me is the fact that Taylor seems to truly invest in each and every relationship that she finds herself in. I mean, she hangs all of her hopes and dreams on her boyfriend-of-the-moment and then acts absolutely stunned when it doesn’t pan out.  If you start talking about marriage and babies after only a month together, most guys are going to run. How does Taylor not get this yet?

Her approach is obviously bad and I say that because it never fails, those closest to the guys that she dates cannot stand her. There is a reason for that. I almost wonder if she sabotage’s her love life because when it all falls apart we’re left with a hit album. I suspect great new music is right around the corner because in the last six months the starlet has suffered through two very public splits. Not one but two!

So if you fast forward to maybe next fall new songs will be popping up with her singing about the boy from Camelot that wouldn’t make her an American princess. Or the one about the immature little British boy that all the girls love. And ya know what, they’ll be hits because who doesn’t relate to investing in the wrong person at the wrong time? Who hasn’t handed their heart to the wrong guy and saw it so clearly after the fact? We’ve all been there and Taylor knows it.

Are you curious about Taylor’s next album? Tell us your thoughts in the comments below!