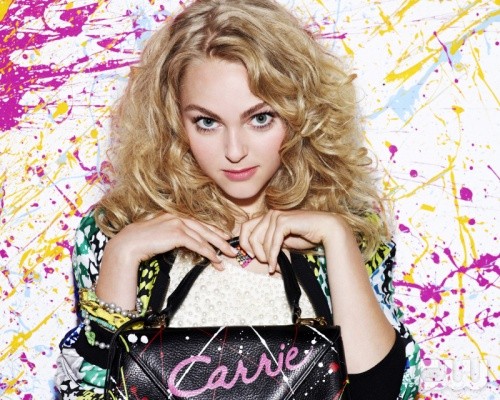 Make sure you put Monday January 14th on your calender, because I promise that you’re not going to want to miss the premiere episode of The Carrie Diaries on the CW! How do I know? Well, I was lucky enough to see the World Premiere screening back in October in NYC and so I can tell you with absolute certainty, it’s gonna be huge!  Your moms/aunts/friends parents are all still probably somewhat obsessed with the phenomenon that was Sex And The City and I’m going to predict that this prequel to the ground breaking series will be just as amazing.

Based on the novel by Candace Bushnell, this series takes us back in time to 1984 when Carrie Bradshaw was a 16 year old living in Connecticut. Her mom recently passed away and she is living with her father and very rebellious sister, Dorritt. Tom is trying to guide his daughters through life without their mother and he thinks that maybe exposing Carrie to NYC will breathe a bit of life back into her sad little heart. He gets her an interning job at his friend’s law firm one day a week and that is when Carrie’s love affair with her favorite man- Manhattan begins.

It is hard for any fan of SATC to even try to imagine an actress besides Sarah Jessica Parker portraying Carrie. I mean it’s just unfathomable, but I promise you by the end of the very first scene, if you’re familiar with Sarah’s Carrie, you’ll be smiling. AnnaSophia Robb absolutely IS 16 year old Carrie. She has just enough familiar quirks to make you believe in her performance.

The CW is smart to have picked up The Carrie Diaries because it is destined to be one of the breakout hits of the new year. Check out the clip below and tell us your thoughts on the preview!