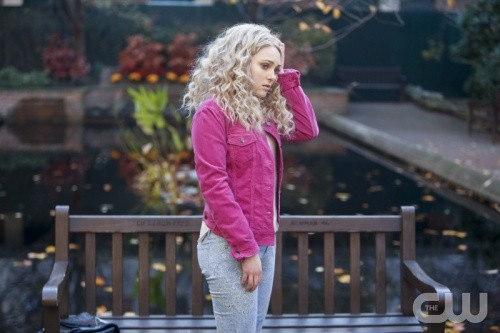 Tonight you do not want to miss the Season premiere of The Carrie Diaries.  It airs tonight on the CW at 8PM and we will be providing a live recap for you enjoyment.  So if you were as obsessed as I was with Sex & The City you MUST stop by to see our recap of the prequel, The Carrie Diaries.

On tonight’s show a young Carrie Bradshaw deals with high school drama while meeting Manhattan for the first time.  Recently, life hasn’t been smooth sailing for 16-year-old Carrie Bradshaw (AnnaSophia Robb) – her mother just passed away, her rebellious younger sister Dorrit (Stefania Owen) is acting out, and their father Tom (Matt Letscher) is struggling to raise two teenage daughters alone. As Carrie begins the first day of her junior year, she can’t help but feel as though all eyes are on her, and a pity party from rival Donna LaDonna (Chloe Bridges) doesn’t help the situation.

Even when surrounded by her group of friends, Mouse (Ellen Wong), Maggie (Katie Findlay) and Walt (Brenden Dooling), Carrie feels as though her life should be heading in a different direction. The arrival of new guy Sebastian Kydd (Austin Butler) brings Carrie some excitement, but it isn’t until she accepts an internship at a Manhattan law firm that things begin to fall into place. In the city, Carrie meets Larissa Loughlin (Freema Agyman), a free-spirited, outgoing style editor at Interview magazine, who introduces her to a world she’s only dreamt of. Miguel Arteta directed the episode written by executive producer Amy B. Harris.