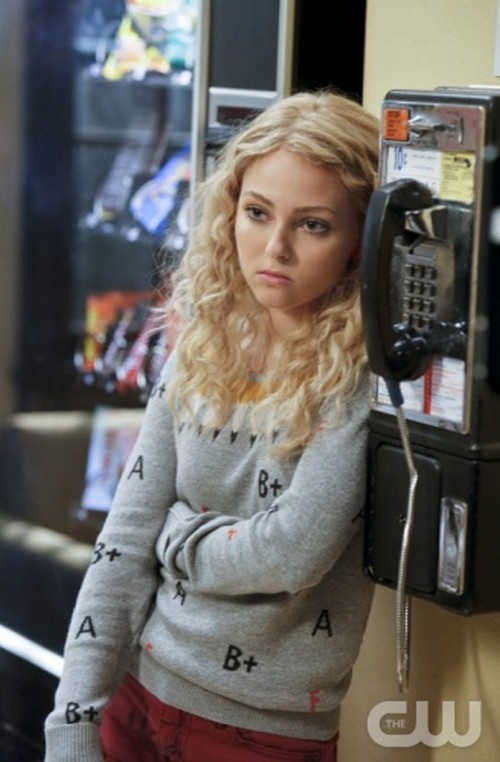 I am so excited another episode of the CW’s The Carrie Diaries tonight?  Did you tune in last week??? I loved it!  What did you think?  Hit the comments and let us know.  If you missed the show we watch it and recapped it HERE for you!

On tonight’s show new couple Carrie (AnnaSophia Robb) and Sebastian (Austin Butler) can’t seem to catch a break. Between being grounded and rival Donna’s (Chloe Bridges) sneaky attempts to break them apart, Carrie worries Sebastian will lose interest in her. Desperate for some alone time with him, Carrie must lie to her father (Matt Letscher) and bail on plans with her sister Doritt (Stefania Owen.)

Maggie’s (Katie Findlay) obsession with having sex drives a wedge between her and Walt (Brenden Dooling.) Meanwhile, Larissa (Freema Agyman) wants to do a photo shoot with Carrie’s purse for Interview magazine forcing Carrie to scramble to make it work. Ellen Wong also stars. Alfonso Gomez-Rejon directed the episode written by Amy B. Harris.