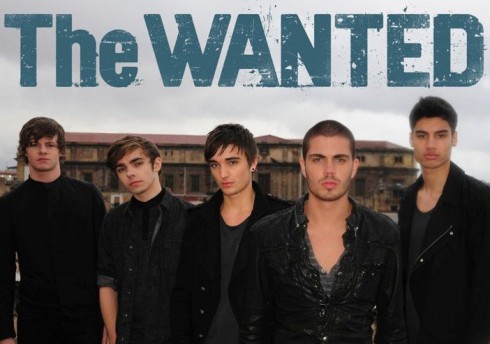 The Wanted can now officially stick out their tongue at One Direction, Carly Rae Jepsen, Gotye, and Fun, because they walked away with the ultimate public prize of 2013. At the recent People’s Choice Awards that aired on the 9th of January, 2013, Nathan Sykes, Siva Kaneswaran, Max George, Tom Parker, and Jay McGuiness walked away with the title of Favorite Breakout Artist. Good on ya, boys!

The quartet looked “genuinely shocked” when their name was called as the winners of the award. When they got on stage, Max announced, “This never happens to us. We’ve never won anything before. We never expected this at all. To win this and beat the people that we have…” Nathan also took to the microphone and spoke a few words, “Over Christmas, I was sat down with my mum and we were kind of talking: ‘What do you want to do this year…?’ and I said, ‘The one thing I want to do is win a massive award…’, so this is unbelievable.”

Soon after, the group’s official Twitter page was flooded with images of them smiling, laughing, and looking as cool as wax models at Madame Tussaud’s. Max wrote on Twitter, on Thursday morning, “Still up… Still still speechless.” There’s no word on whether the boys of One Direction were pissed, but as we know them, they most probably brushed it off as “just another award” and continued living their famous lives. The Wanted, on the other hand, deserved a shot at recognition – they are, after all, the least popular boy band in the current British Invasion.

What do you think Celeb Teen Laundry reader? Who is your favourite – One Direction or The Wanted? Who would you have given the award if you had a choice? Let us know your thoughts in the comments below.