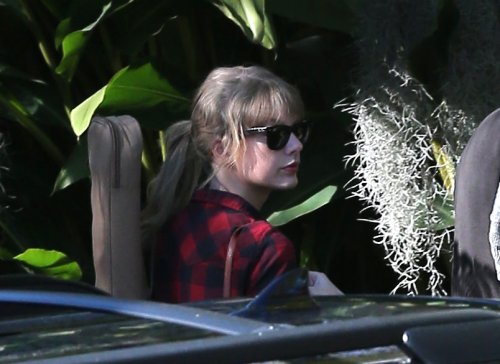 Harry Styles seems like he’s taking his break up with country sweetie Taylor Swift in stride. After she flew heartbroken out of the Virgin Islands after their breakup inducing epic screaming match, he stayed on to party. Photos splashed around showed him hanging out with ladies in a hot tub and partying for three more days. Then back in the UK, Harry was seen chatting up adoring fans as he headed into the studio. But Harry may be feeling the break-up burn soon as it looks like Taylor’s sharpening her song writing pen and he may be her next victim!

Taylor tweeted yesterday that she was headed back to the studio and added “Uh oh…” I think that last is a warning shot to Harry that she’s gunning for him. Taylor’s having a great revenge week. She showed up at the People’s Choice Awards in a stunningly sexy low cut dress that showed her assets… It was an uncharacteristically daring dress – maybe she’s spreading her wings after dumping the Brit heartthrob. She won Best Country Artist at the show and was often shown on camera during the broadcast, smiling and looking gorgeous. Eat that Harry! 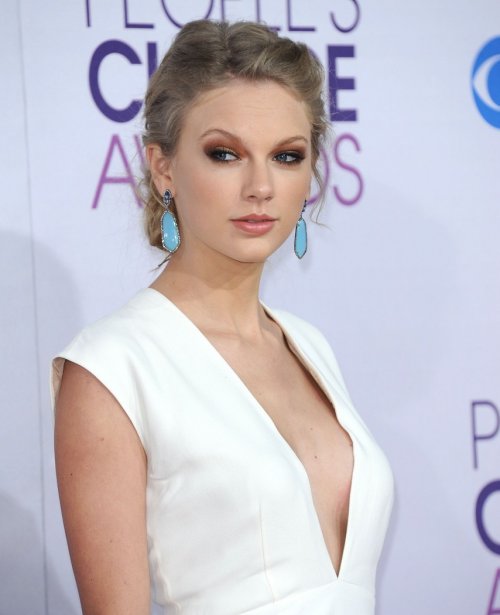 The duo shared a short-lived but intense romance that had many speculating Taylor wanted marriage and babies from the One Direction cutie. The pair had been seen canoodling in Los Angeles, the UK, skiing in Colorado and then in their final romantic outing – the Virgin Islands where the fledgling romance went up in flames!

But it seems like Taylor’s over her heartbreak – she looked depressed in photos showing her leaving the islands after the blow up – and is determined to move on. Her sexy turn at the awards was step one and looks like recording new music is step two. Harry should beware – I can’t imagine that she’s going to spare him her usual revenge hit making. Good luck Harry – you’ll need it…