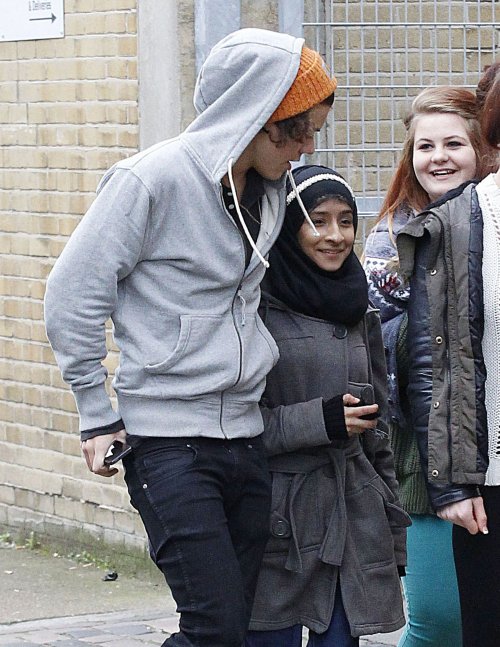 You’ve all heard by now the earth shattering news that Haylor is dunzo – yep Harry Styles and Taylor Swift have called off their fledgling romance. Rumor has it that the romance blew up over a New Year’s trip to the Virgin Islands. After the screaming match that ended them, Taylor flew back to the states while Harry stayed on to party with Richard Branson at his Necker Island retreat. But now he’s back in the studio and I’m wondering – nay hoping – that he’s rushing to pen a breakup ballad before Taylor can. That would be just desserts for the country crooner who has skewered many of her ex-lovers in song!

The UK’s Daily Mail reports that after Harry touched down in London, he headed to One Direction’s usual studio in Camden. While on the street outside the studio, Harry gave some face time to avid fans who were eager to chat up the newly single singer, but none were near as cute as Taylor, but that’s no matter since those two are never, ever getting back together. Harry looked handsome and winter weather ready in skinny jeans, a orange knit cap and grey hoodie that blessedly covered up all of his bizarre body art that I’m frankly a little tired of. Neither Taylor or Harry has made an official comment.

Taylor flew back home on January 4th and the next day tweeted cryptically: “…til you put me down” a lyric from her song I Knew You Were Trouble about a scoundrel that dumps her. Then two days later Taylor tweeted an a capella video of Walk Off The Earth singing the bad boy anthem. Think she’s obsessing about the breakup much?

For his part, Harry’s tweets have been all about the Benjamins. He’s been promoting One Direction’s Kiss You video which is less than stellar and may explain the multiple tweets pimping it. Even though the video is trite, I’m sure it will be a big hit for all those (me included) that love One Direction.

While Harry hoofed into the studio on foot, his band mates Liam Payne, Zayn Malik, Niall Horan and Louis Tomlinson arrived in style via chauffeured cars. Now don’t get me wrong, I love Taylor and I enjoy her break-up anthems as much as the next girl, but I kind of think it would be cool if 1D came out first with a song chronicling the end of their love. Fingers crossed. Either way, I hope one side or the other dishes some musical dirt on the Haylor breakup. 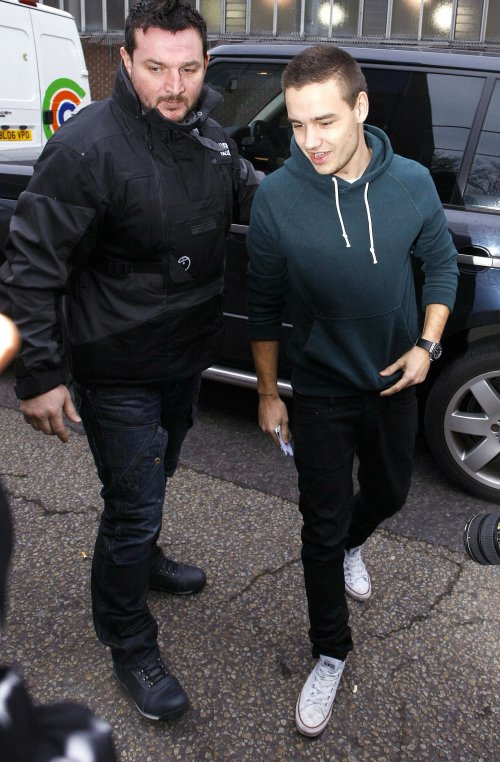 What do you think? Would you rather the break-up ode come from Taylor or Harry?