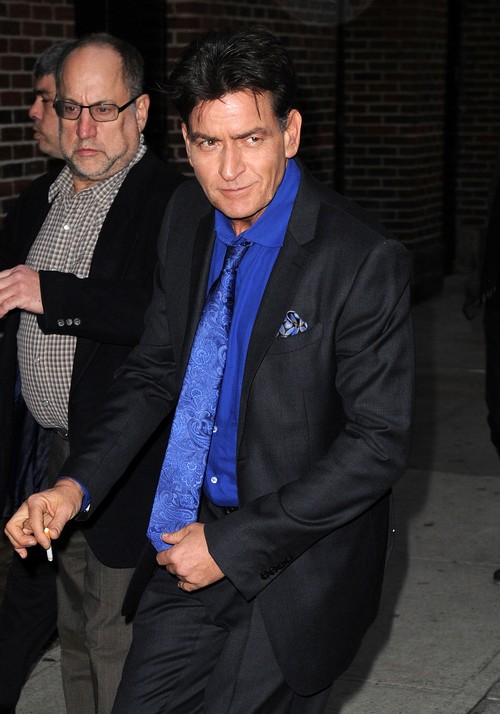 We usually hear about Charlie Sheen’s bad behavior. The rants, tirades and on-set antics that have made him a legendary bag of nuts in Hollywood. I guess every once in awhile even a guy like Charlie has to do something that proves that they still have a little bit of a heart left in their body!

Teagan Marti is a 15-year old Florida girl that learned firsthand that not all amusement park rides are safe and every once in awhile something goes radically wrong. She suffered brain, spine, pelvis and internal injuries in July 2010 when nets and air bags that were supposed to catch riders on a free-fall ride were not raised. Ironically enough, Teagan had convinced her family to make the trip from Florida to Extreme World in Wisconsin Dells after seeing the amusement park’s Terminal Velocity ride on the Travel Channel.

Nearly three years later Teagan still requires a huge amount of care and her family was in need of help with a dog to help in Teagan’s rehabbing. It would be $6,000 to train a Golden Retriever to do things such as turn on lights, pick up objects and be Teagan’s companion. Apparently Charlie heard of the families struggle and offered them ten grand to help offset the steep medical bills that have no doubt ruined the families financial situation.

Charlie’s help isn’t something that he himself made public but he has talked in the past about liking to pay it forward. Are you surprised that the actor, on occasion thinks of someone other than himself ? Should we be so shocked by Charlie’s quiet generosity? Obviously he’s doing it for the right reason. If not I’m sure he’d be giving interviews about what a helpful guy he is! Might this be a step towards redemption for Charlie? Tell us your thoughts in the comments below!

Giving Thanks On Thanksgiving: Creative Ways For Teens To “Give Back”…