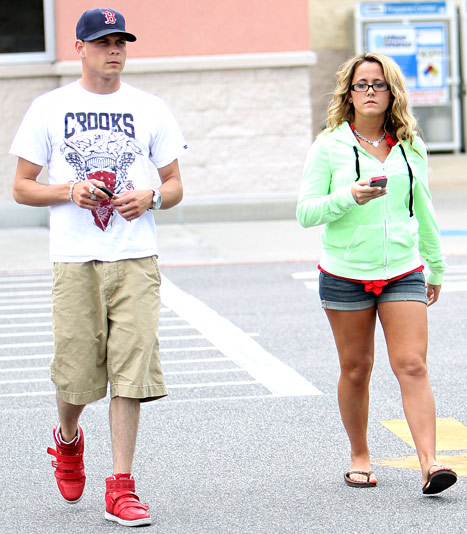 Can we take everyone and anyone associated with the whole Teen Mom series and drop them off a cliff yet? Seriously, I can’t possibly be the only one sick of the drama that unravels- all for the sake of drama, can I be? Jenelle Evans has been a bit quieter than usual since miscarrying and deciding to divorce her husband of two months, Courtland Rogers. She seems to be shacked up with abusive former boyfriend, Gary Head and he is speaking out on her behalf. These clowns love Twitter and like to broadcast every bad move of their lives and those around them.

Gary has declared a Twitter War on Jenelle’s past and apparently that includes former pal, James Duffy. He seems to have popped up at some point and was threatening to cause more drama than usual for Jenelle.  “Damn, rumor has it. Duffy is getting picked up for RAPE. Haha. I knew his day would come.”

As of now it looks like Duffy is still a free man and this tweet amounts to nothing more than slander. Here’s my question, when do you think Jenelle will finally quit running with trash and slowly start to want a better life for herself? She obviously doesn’t want it yet or else she’s start to make some serious changes in the way that she does things. That obviously would include who she spends her time with.

Is Gary good for Jenelle? He’s supposedly helping her through a rough time but do you think that she would be better off leaning on others in what has to be a rough time? Tell us your thoughts in the comments below!