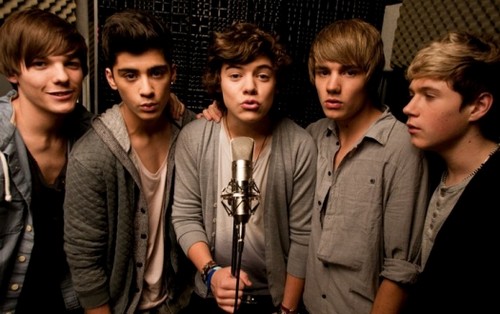 I bet teen girls all over the world are wondering which members of One Direction have dates this coming Valentine’s Day.

I hate to disappoint, but from what I can tell, only two of the boys may be looking for someone to be their Valentine this February 14th.

The first eligible bachelor is Harry Styles.  Since possibly becoming the subject of a soon to be Taylor Swift hit, he’s been lying low.  He hasn’t really been seen with anyone as of late, so girls, this could be your chance.

Niall Horan hasn’t been linked to any one special girl, but ladies, you might have to act fast.  Recently, Hollyoaks (a British soap opera) star Rachel Shenton, caught his eye when he saw on a British talk show and some serious Twitter flirting occurred.  Could she be his date this Valentine’s Day?

Sadly, the rest of the boys appear taken.  Zayn Malik was spotted out with his girlfriend – pop girlfriend Perrie Edwards, from the band Little Mix.  Rumors were flying of trouble in paradise, but it seems as if the two of them are still happy as ever.

Liam Payne is back with his girlfriend, Danielle Peazer, an English model and dancer, after a brief breakup, so I am sure he will be pulling out all the stops this Valentine’s Day.  He even went to his friend and bandmate Harry for tips on how to be more romantic.

Last but not least, Louis Tomlinson and his model girlfriend, Eleanor Calder, have been together for over a year, so there’s no doubt they will spend February 14th together.

Unfortunately girls, it looks like most of One Direction is spoken for this Valentine’s Day.  Maybe next year?