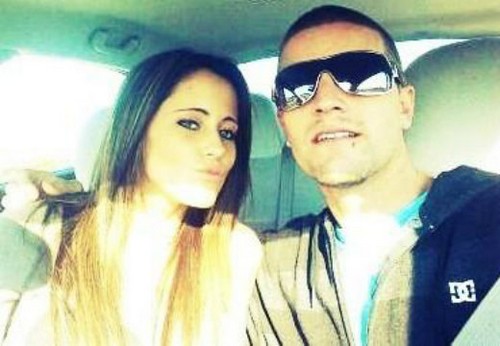 Courtland Rogers has publicly stated that MTV would be sending his wife (still sounds bizarre saying that) Jenelle Evans to rehab in hopes to overcome her drug addiction sooner than later. The reality star and her hubby have both been spotted taking drugs in the past, but Courtland says that he’s feeling much better, in fact, he’s saying that Jenelle is the one who needs the immediate help.Using the word ‘LOL’ to tell his followers on what’s to come on the fifth season of Teen Mom 2, Rogers adds that people shouldn’t think that his wife is heading to rehab because she has been smoking a lot of weed these last couple of months, she’s heading to rehab for something much worse than that. It has clearly been worrying for MTV producers who have a massive hit on their hands with Evans being on one of their highest-rated reality shows that is currently on their network; surely, they wouldn’t want to let her leave the series because of her addiction.

Well, it actually turns out that MTV made the offer for her to seek special treatment so she can be a better parent to her child while also try and sort her life out. Producers of the show have explained to her that if she decided to refuse their offer, her usual $15,000 per episode would have been drastically slashed down to four-digit figures, and unsurprisingly  the thought of making less money for not going to rehab for a couple of weeks would have been a silly one for her to turn down, so she agreed.

“She is going to rehab …for thirty days lol…u will see…i bet my life on it,” Courtland tweeted earlier today, even replying to a fan’s question when asked if she was heading to rehab for her “deadly Mary Jane addiction”, he replied by tweeting: “na…lol….a little bit worse.”

It’s so tragic for such a young girl to be facing so much pain in her life, but we’re hoping she does end up going to rehab — hopefully it will help her overcome her addiction and settle down a little. Plus, her husband sounds like a real douchebag.