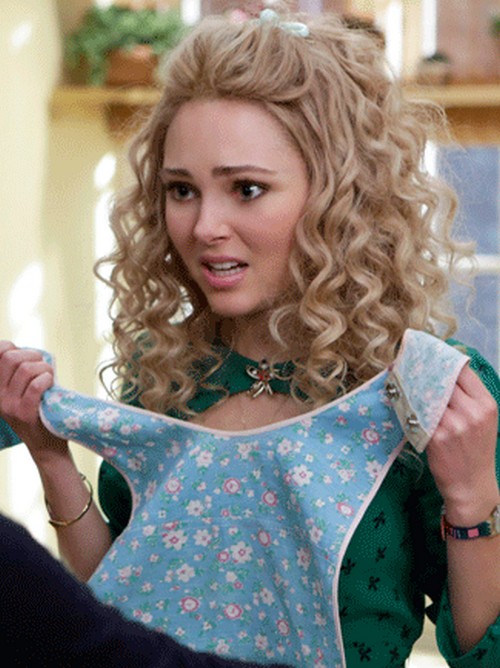 Have you been watching The Carrie Diaries over on the CW?  If not then you need to check it out! The series is set in 1984 and young Carrie Bradshaw is the lead character. Her mom passed away when she was 15 and she has been trying to find her way through high school without her. Carrie lives with her dad and younger, rebel sister Dorritt. Carrie walks the line of typical teen girl but there are moments where she clearly steps up and tries to fill the void in the house left by her mom.

On tonight’s episode Carrie and her geeky friend Mouse are attempting to make Thanksgiving Dinner. Apparently Carrie knows that the job is pretty much on her shoulders but the girls don’t seem to be too skilled at the task at hand! Check out the preview clip below and you’ll see what I mean!

Official CW Synopsis: KEEPING TRADITIONS ALIVE — Carrie (AnnaSophia Robb) gets in way over her head when she tries to cook the perfect Thanksgiving dinner for her family, her new boyfriend George (guest star Richard Kohnke) and his dad Harlan (guest star Scott Cohen), so she enlists Mouse’s (Ellen Wong) help. Tom (Matt Letscher) is oblivious to the chaos going on in the kitchen, while Dorrit (Stefania Owen) finds a new way to torture Carrie. Maggie (Katie Findlay) is excited to have Thanksgiving with Walt’s (Brendan Dooling) family, but when the topic of college comes up she realizes that she hasn’t put much thought into her future. Elsewhere, Sebastian (Austin Butler) learns that his mother decided to fly out of town with her boyfriend, leaving him to fend for himself on Thanksgiving. Chloe Bridges and Freema Agyeman also star. David Paymer directed the episode written by Jessica O’Toole and Amy Rardin.

AnnaSophia Robb has really nailed the character of Carrie. Many of us never in a million years dreamed that any actress besides Sarah Jessica Parker could bring her to life. AnnaSophia has brilliantly learned to throw moments into her portrayal that reminds viewers of the older, more mature Carrie that viewers were first introduced to 15 years ago in Sex and the City. In other words, it all just works and it’s fun to relive the 80’s through the eyes of Candace Bushnell, the author of the series who actually lived many of Carrie’s adventures in her own life!

If you’re already a fan of The Carrie Diaries, tell us why! What characters do you love? Tell us your thoughts in the comments below!