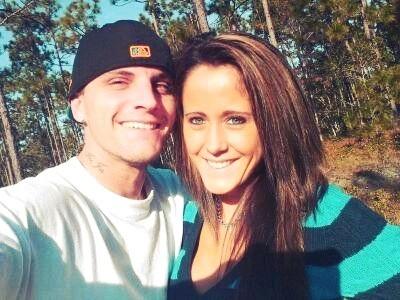 The tangled web that is a pathetic two month marriage between equally bonkers Jenelle Evans and Courtland Rogers just got a little crazier. The two really love to fight via Twitter and after a few silent days the war picked up speed again this week. Courtland is rumored to have left North Carolina after Jenelle filed domestic violence charges against him. In case you somehow forgot, he allegedly assaulted her while she was pregnant with their child. Jenelle suffered a miscarriage almost immediately afterwards and that sure raised some eyebrows amongst the Teen Mom fans.

Last night tweets between the two began flying and Jenelle accused Courtland of being on drugs. Apparently she saw that video of what looked like him snorting heroin. Of course he claims it was baking soda because everyone snorts that, right?? Um, no. Do we really care whether or not Courtland is doing drugs, no matter how loud Jenelle yells it? I don’t think so. He has grabbed his 15 minutes and will disappear even faster.

Let’s say the police finally catch up with Courtland and he goes to jail, that doesn’t change anything about Jenelle or her quality of life. She still appears to be using drugs herself and has never pulled it together long enough to even attempt to gain custody of her son. Instead Jenelle chooses to jump from guy to guy and her choice in men is beneath the bottom of the barrel. Will this terribly flawed marriage be a turning point for Jenelle or is she instead getting ready to move on to the next idiot? Tell us your thoughts in the comments below!