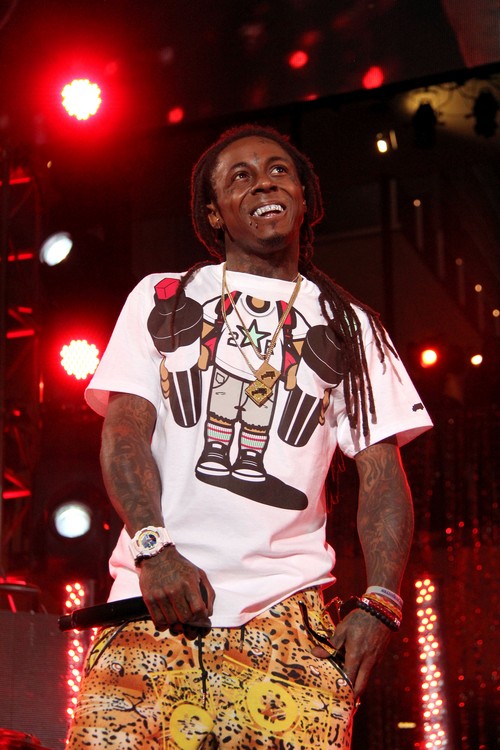 Lil Wayne has left everyone fuming over a verse he wrote in Future’s ‘Karate Chop’ remix, in which he references the brutally murdered Emmett Till as ‘beat that p***y up like Emmett Till’. A little reminder to refresh your memory; Emmett – 14-years old at the time – was tortured to death after he had flirted with a 21-year old white woman in Mississippi.

The lyrics from the rapper himself are absolutely disgusting, and to think that a human being could come up with something so vile and horrid is beyond belief. But, it’s already clear what Wayne wanted from it… publicity – and that’s what he got. In fact, Till’s cousin, Airickca Gordon-Taylor has now spoken out about the reference in the song, saying it’s hurtful to the black community.

‘It was a heinous murder,’ Gordon-Taylor said. ‘He was brutally beaten and tortured, and he was shot, wrapped in barbed wire and tossed in the Tallahatchie River. So to compare a woman’s anatomy — the gateway of life — to the ugly face of death, it just destroyed me. And then I had to call the elders in my family and explain to them before they heard it from some another source.’

Rapper Future, who is signed to Epic Records, plans on taking the record down after the label were overwhelmed by the complaints they had received since the track was released a couple of days ago. The song will no longer be sold on iTunes, while CEO LA Reid has already called Taylor in regards to the song’s reference, stating his sincere apologies on Wayne’s behalf.

No word on what Wayne so far, – he is yet to make a comment regarding his verse and why in the world he would rap such disgusting lyrics in a song. He literally referred to a woman’s private parts as Emmett Till. Is this guy serious!? We feel extremely sick that a rapper could use such a tragic event and try and glorify it by mentioning a woman’s genitals.