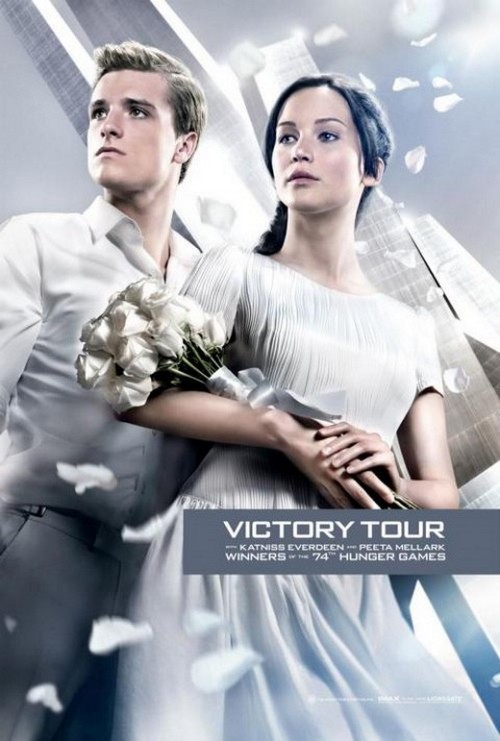 Great ready tributes!  New awesome posters for The Hunger Games have been released!  If you are a huge fan of the Suzanne Collins novels and the Hunger Game movies you will love these posters.  In the second movie of the Hunger Game franchise called, “Catching Fire,” Katniss Everdeen (Jennifer Lawrence) and Peeta Mellark (Josh Hutcherson) are on their victory tour.

They both won the 74th annual Hunger Games but they tricked President Snow into letting them both win.   Originally the Gamemakers announced there would be two winners in the 74th games.  However, when the couple remained as the last two surviving tributes, the Gamemakers reversed the rule change in an attempt to force them into a dramatic finale, where one had to kill the other to win.

Katniss, knowing that the Gamemakers would rather have two victors than none, retrieved highly poisonous berries known as “nightlock” from her pouch and offers some to Peeta. Realizing that Katniss and Peeta intended to commit suicide, the Gamemakers announced that both would be the victors of the 74th Hunger Games.  President Snow (Donald Sutherland) was not happy about the way they won.  He was also concerned about how their actions have caused rebellions in some of the districts.

You just know President Snow is going to be causing problems for this couple.  Enjoy the posters!

The Hunger Games: Catching Fire will be released to theaters November 22, 2013! 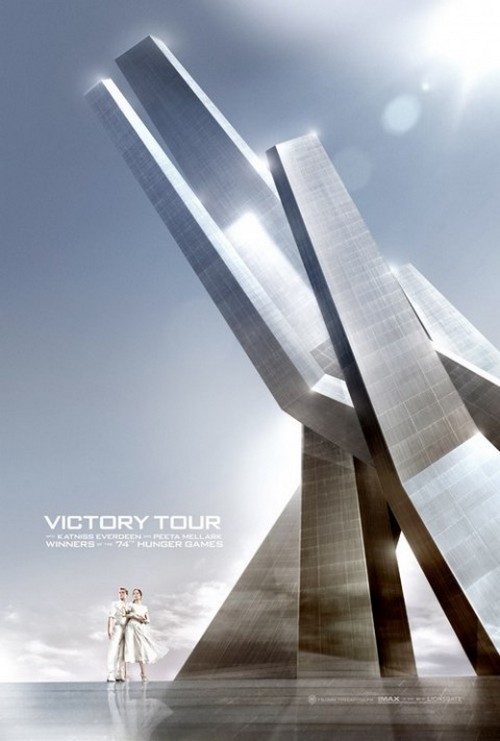