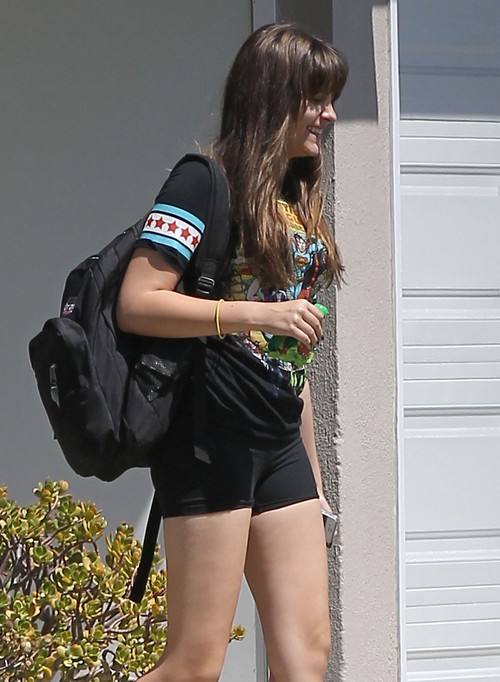 Paris Jackson is furious with her grandmother, Katherine Jackson, over the fact that she allowed her 16-year old brother, Prince Jackson, to correspondent for Entertainment Tonight, but refuses to let her start her singing career. The fourteen year old has previously said she is heavily inspired by her late father, Michael Jackson, and wants to follow in his footsteps, but Katherine seems to be holding her back.

But she’s only trying to do what’s best for her. Katherine doesn’t seem that Paris is able to cope with the pressure in Hollywood at the age of just fourteen, so instead of pushing her to start a career in acting and singing, she wants her granddaughter to focus on what’s more important which is education. Once she matures a little and the grades are good, she’ll no longer stand in her way.

“It’s so unfair, Grandma!” Paris recently told Katherine, a family friend revealed. “Paris wants to audition for movies and follow in her late father’s footsteps with a re­cording deal, and Katherine keeps telling her, ‘Honey, you’re too young. Enjoy your school years.’” Paris often uses the excuse that her father had been in the entertainment industry since the age of just five, so she can’t be considered too young if her grandmother allowed her son to start a career as an infant.

While everyone is just trying to make Paris see that they are only looking out for her, she’s not having any of it — she’s even gone as far as blaming her auntie, Janet Jackson, for being the person that’s encouraging Katherine not to give in by a youngster who is pressurizing her family members for a music career. The National Enquirer adds: “THAT’S JUST ANOTHER SIGN TO Katherine, and the whole family, that Paris needs to grow up some before tackling a show business career,” said the source. “Katherine saw how the entertainment industry turned (her son) Michael from a sweet little boy into a tragic figure – and she wants a better life for Paris. Her heart is in the right place.