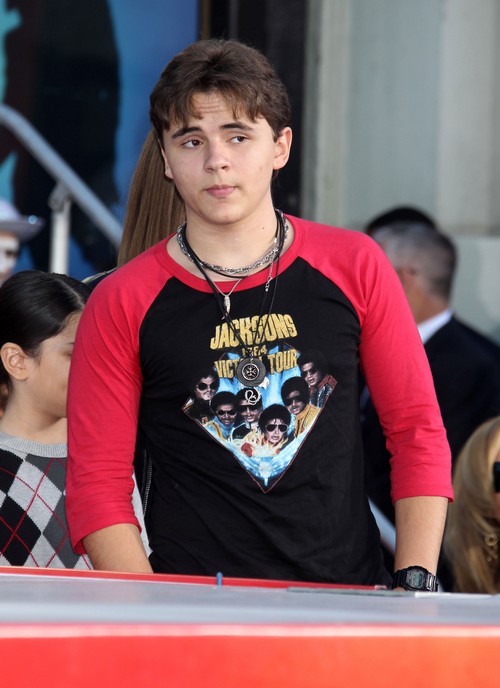 It looks like Michael Jackson‘s oldest child, Prince Michael Jackson wasn’t kidding when he said he wanted to conquer the entertainment industry. The 16-year old is set to make his acting debut in the season finale of the CW’s 90210. In the episode he will play Cooper, a trauma victim who bonds with Silver (Jessica Stroup) over the realization, at a very young age — how precious life is

Jackson is on a real career roll here. He also recently landed a gig with Entertainment Tonight that has him working along side of some of Hollywood’s biggest names as a special correspondent. Jackson has been pretty vocal about his desire to dabble in nearly every area of the entertainment industry and he is obviously taking the necessary steps to bring that goal to life. He has come a long way in the last few years since his fathers death.

When Michael was alive his kids weren’t even allowed out in public with their faces in view. He insisted that his children have real childhood’s as far from Hollywood as possible. How do you think he would feel if he were alive today? Would Prince Michael still be allowed to work as a teenager? Would he have had any luck convincing his father to let him take this kind of grown up path? Or do you think Michael still would have his children basically on lockdown, sheltered from real life and the real world? Is Prince Michael better off building a career early in Hollywood or should he have more typical teenaged years? Tell us your thoughts in the comments below!